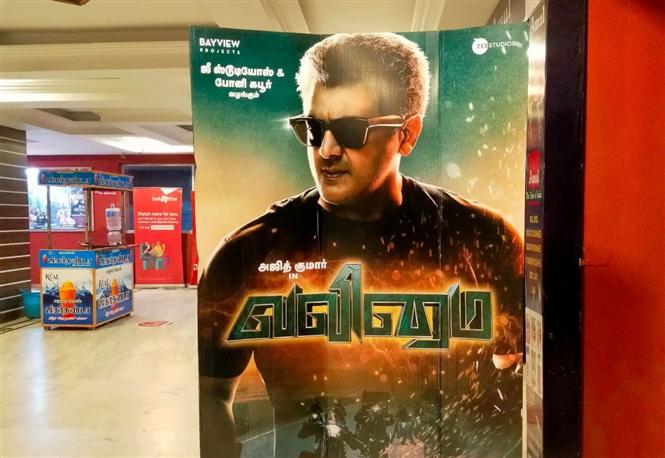 Previously, we had reported that the makers of Ajith's upcoming film Valimai are eyeing two potential release dates based on the lockdown situation in Tamil Nadu. And now that the state government has eased some of the COVID restrictions like night curfews and Sunday lockdowns, it was expected that Valimai will hit theater screens on one of the earlier reported dates i.e. March 4, 2022.

However latest buzz suggests that movie theaters in Tamil Nadu, which are currently operating at 50% occupancy are expected to return to 100% seating capacity by February mid week. This means Ajith's Valimai may release on the other reported release date i.e. February 25, 2022.

It is worth mentioning here that another Tamil film titled Hey Sinamka, which is an upcoming romantic comedy starring Dulquer Salmaan, Kajal Aggarwal, Aditi Rao Hydari is also said to release on February 25. An official announcement on the confirmed release dates of both these movies is currently awaited.