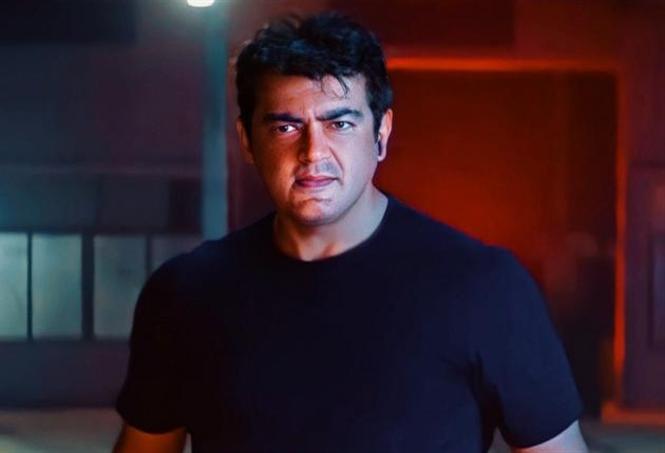 Ajith's Valimai which was postponed from its highly awaited Pongal release this month was next expected to hit theater screens in Summber, 2022. Latest buzz is that the movie plans on setting March 4, 2022 as its new release date, An official announcement on the same however awaits.

Ajith plays a cop named Arjun in the movie whereas Karthikeya Gummakonda plays his adversary. The movie directed by H. Vinoth has Huma Qureshi playing female lead and has been promised an action-thriller with a lot of fast-bikes in it.

Buzz about Valimai releasing earlier i.e. on February 25, 2022 is also in the air. However it remains to be seen if movie theaters in Tamil Nadu get back to bankable occupancy by that time [At the moment, they are operating at 50% occupancy with no night or Sunday shows].