Thalapathy 65 title hinted with 'all set to fire' statement! 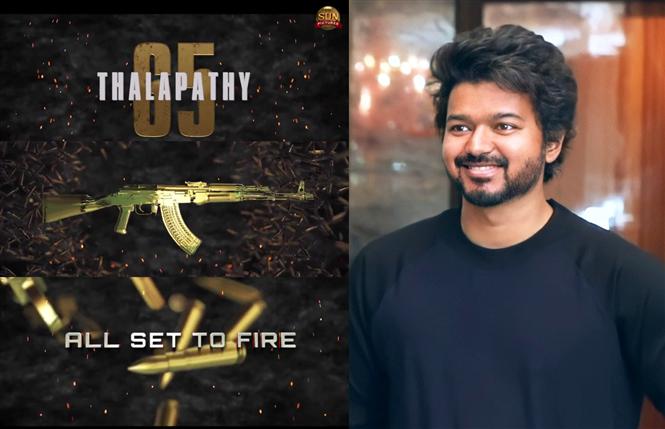 The title and first look of Thalapathy 65, actor Vijay's upcoming movie with Sun Pictures is to be unveiled today at 6:00 PM. On Saturday, we had reported about how the title was foreshadowed using 'guns' and could possibly be Target or something on those lines.

On Sunday, Sun Pictures confirmed this possibility by releasing a video, which implied that title is indeed related to a fire-arm. "All set to fire", it said with a machine-gun and loads of bullets making appearances as well.

Thalapathy 65 directed by Nelson Dhilipkumar is awaiting its first look and title reveal on the director's birthday. The film which is touted to be an action-entertainer has Anirudh for music and Pooja Hegde as female lead.