Based on the demanding life of a police official, Adanga Maru is a cop story directed by debutant Karthi Thangavel and has Jayam Ravi and Raashi Khanna playing female leads. The film which is slated for a release on December 21, 2018 had a sneak peek video release recently and the same can be viewed above.

Adanga Maru is bankrolled by Home Movie Makers and has Sam C.S for music, Sathyan Suryan for cinematography, Lalgudi Ilayaraja for art and Antony L Ruben for the edits. 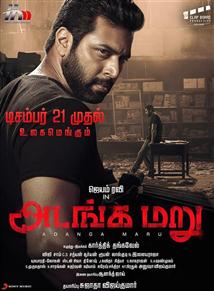