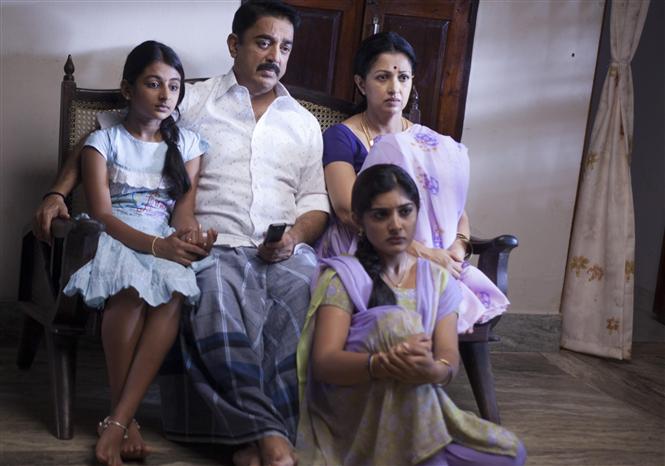 Kamal Haasan's Papanasam opened to extremely positive reviews on July 3, with many critics raving that the movie lives up to the original version, Drishyam. Vivek's Palakattu Madhavan took a humble release without creating any buzz on the same day. Check out the box office ranking of Tamil movies in Chennai during last weekend.

It looks like Kamal Haasan is back with a bang after Uttama Villain's box office failure. His terrifc performance is unarguably the USP of the film and the weekend shows sold out fast after initial positive buzz. The movie is expected to maintain the same momentum all through this week.

Vishnu Vishal's Indru Netru Naalai was still going strong at the multiplexes, thanks to the positive word of mouth on social media. The seamless handling of a complex screenplay has come in for praises among the audience.

Vivek's Palakkattu Madhavan received lukewarm response at the Chennai box office and it is highly unlikely that the movie will sustain at the box office after first week.

Kaaka Muttai, Romeo Juliet and Yagavarayinum Naa Kaakka were running across a handful of screens in the city, while 36 Vayadhinile, Demonte Colony and Inimey Ippadithaan had just couple of shows each in the city.

SS Rajamouli's magnum opus Bahubali, which is popularly called as India's biggest motion picture, will take the box office by storm on July 10.