947 CE was approximately 1075 years ago and also marks the year Ponniyin Selvan aka Rajaraja Chola I was born. Kalki Krishnamurthy penned one of the greatest novels in Tamil literature based on this King in the 1950s and the writer's 2210-page, five-volumed fictional story, has been made into two 3-hour movies by Kollywood filmmaker Mani Ratnam. PS-I, the first of these films is releasing in theaters on September 30, 2022 and had its trailer release last night. 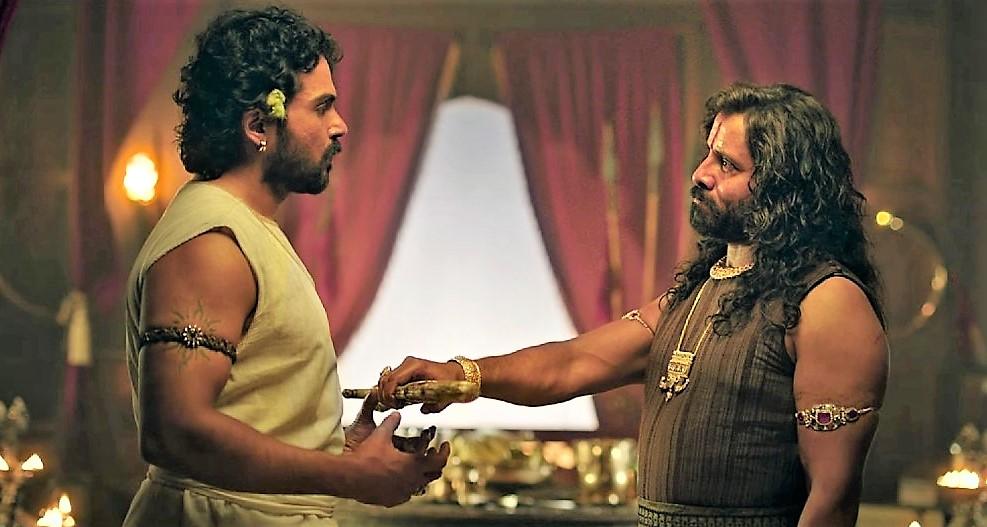 While the teaser of Ponniyin Selvan: Part One came with criticisms of not having visual grandeur, the same cannot be said for the trailer. Actors Vikram as Aditha Karikalan, Jayam Ravi as Arunmozhi Varman (titular role), Karthi as Vanthiyathevan, Trisha as Kundavai and Aishwarya Rai Bachchan as the antagonist Nandini are a treat in the Chola empire aesthetics, speaking pure Tamil.