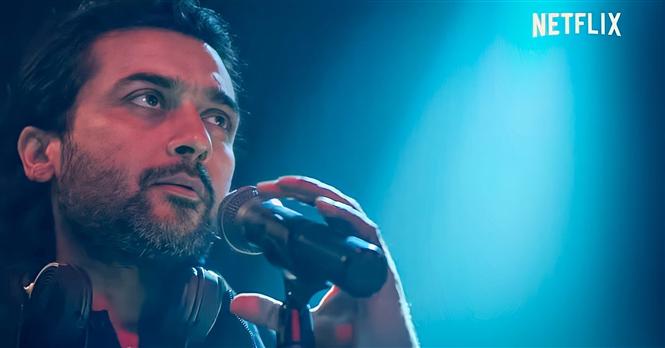 Netflix unveiled the list of Indian movies that will be premiering this year on their OTT platform and the video revealed Suriya's first look as 'Kamal' from the upcoming anthology Navarasa. Fans went crazy over the reveal and in addition to trending the image they also went on to have it printed on posters within hours of access.

Navarasa produced by Mani Ratnam had brought aboard many top names from Kollywood pro-bono, as the movie is intended to help the film families affected during COVID-19. Suriya stars as a musician in the part directed by Gautham Menon, whom the actor reunites with after 13 years.