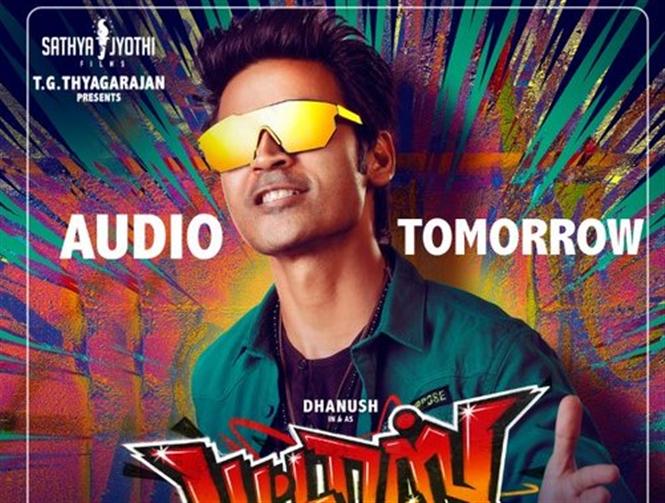 Dhanush's Pattas written and directed by Durai Senthilkumar (Kodi and Kaaki Sattai fame) is produced by Sathya Jyothi Films. Mehreen Pirzada is playing Dhanush's love interest in this film, which has Naveen Chandra essaying the antagonist's role. The film has cinematography by Velraj. The audio of the film will be launched tomorrow, check out the tracklist here 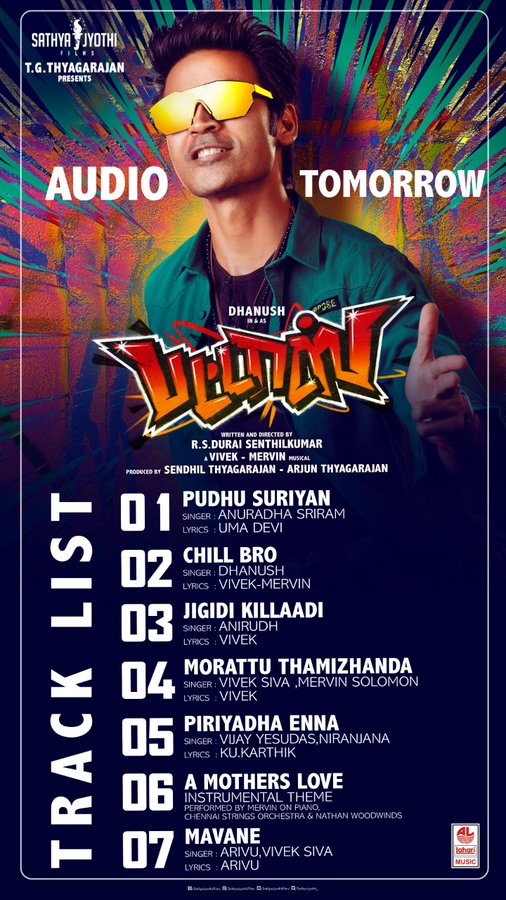