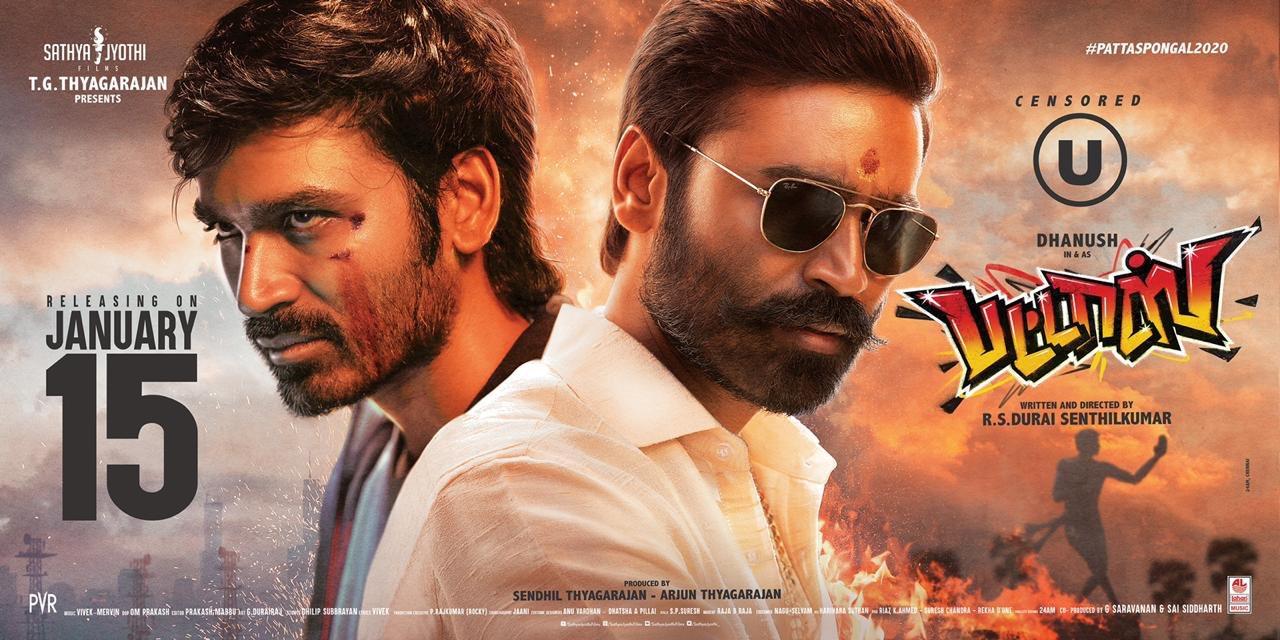 Pattas showcases a fun loving and carefree Dhanush after a while. Though this is refreshing, predictability is the Achilles' heel in this passable - festival entertainer.(more)

Dhanush is fun in an otherwise boring film

Pattas, as the trailer suggests, has shed light to a dying martial art called Adimurai. Sneha's Kanya is as effective as Dhanush's Thiraviyam and they're shown to be masters of the craft. It's nice to see both of them get treated equally. But, at the end of the film, you wish to learn more about the martial art and its history. Here, the film has just graced the surface which leaves you wanting for more.(more)

This Pattas offers no bang

Even the drama that we associate with the sports film genre is lacking in the MMA contest scenes, with Pattas made to take on lacklustre opponents. After the strong show in Kodi, it is a surprise that Durai Senthilkumar has gone to his middling Kaaki Sattai form and given us this Pattas with no bang.(more)

Pattas isn't any less engaging because of this dialogue, but the day Tamil cinema obliges to exclude such dramatically oversold understanding of genetics is perhaps when we just might be able to see a better martial arts film.(more)

Pattas is a well made commercial entertainer with good performances that highlights our ancient martial arts.

The film's main issue is the predictability. With no novelty being added to the existing template, we know what's going to happen, both in the emotional portions as well as the action sequences. But what makes us invest in the action sequences is Vivek - Mervin's music. The film picks up steam as the pulsating 'Mavane' track plays in the background, and there's no turning back till the last frame. Pattas ends on a high note, giving us a Diwali for this Pongal.(more)

Pattas is just a predictable run-of-the-mill 'festival special,'which is watchable only for Dhanush's swag and energetic style.(more)

Dhanush is the saviour of this mass entertainer

Pattas is Durai Senthil Kumar's version of Mersal and Silambattam, presenting a son's revenge, flavouring it with martial arts.(more)

Pattas is packaged as a commercial entertainer for Pongal family audiences. Go in with modest expectations and you may not be disappointed. (more)

A quintessential revenge drama that lacks the emotional heft

Incorporating these martial art moves with modern-day action scenes must have been quite challenging but has been done really well. Even though some moves are repeated, Dhilip has given his best to make all the fight scenes interesting.(more)

If you can add so many small touches and elevate generic moments, is it all that much of a stretch to elevate the whole narrative, the entire screenplay?(more)