Kaappaan is not just a film on SPG, says director K.V. Anand! 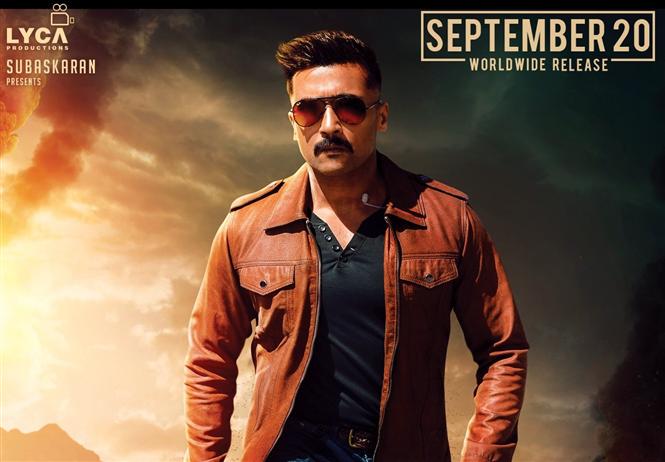 Suriya starrer Kappaan which is an upcoming action thriller directed by K.V. Anand is all set to release in theaters in three days (September 20, 2019) and the director who is known for protecting his films' story-line even in teasers and trailers, revealed at a recent press event that the major reason for making Kaappaan was the 3000 SPG commandos in our country, who to date remain unsung heroes.

However, in a latest blog interview, K.V. Anand has added that Kaappaan is not just about the relatively unknown Special Protection Group (SPG), an Indian force which protects and takes a bullet for the highest officials of the country. He has said,

"Kaappaan is a film steeped in current affairs, especially what we’re seeing in Tamil Nadu, and India too as a whole, but it is not a political film..If I were to make a movie just about the SPG, it could have suited the documentary format. But, we need to make that into a story..So, my writer and I decided on what we needed to add and remove from all the stories we gathered.."

Prior to this K.V. Anad revealed that all the characters in his film are two-faced and his movie is based on the theme, "Not everyone who does bad things is a villain and not everyone who do not hurt even an ant are good." Kaappaan is produced by Lyca Productions and has Mohanlal playing a Prime Minister and Sayyesha a North Indian girl.

The film also stars Arya, Boman Irani among others and is said to be throwing light on the power structure in our country's capital.