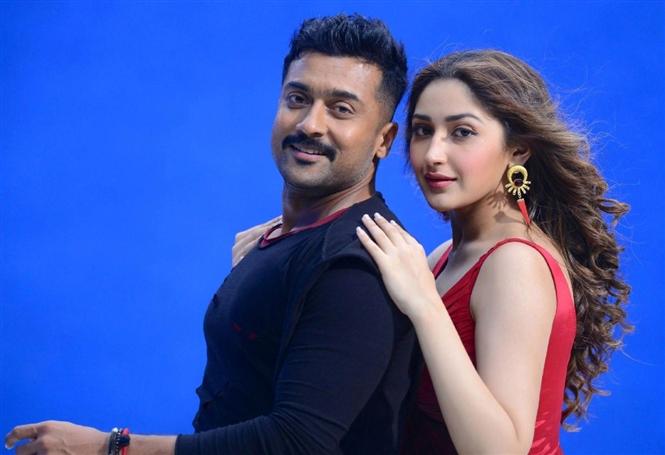 Suriya, Sayyesha starrer Kaappaan, which is an upcoming action-thriller that also stars Arya, Mohanlal, Boman Irani among others is currently in the post-production stage. Recently, director of the film K.V. Anand opened up about the film where he said that all his characters in the film will portray dual shades since the theme of Kaappaan is on the lines of 'Not everyone who does bad things is a villain and not everyone who do not hurt even an ant are good.'

Further elaborating on the same in a print interview, Anand was quoted as saying, "If you think Suriya is the good hero here, he might seem like a villain in one scene..But he will not have any characteristic traits of a villain..Just like his, characters of Mohanlal, Arya and Sayyeshaa are two-faced in my film.."

Kappaan is K.V. Anand's third film with Suriya after Ayan (2009) and Maattraan (2012) and is banlrolled by Lyca Productions. The film which is scheduled for a release on August 30, 2019 was recently in the news for selling its satellite rights to Sun TV network. [Film's Teaser and First Single]