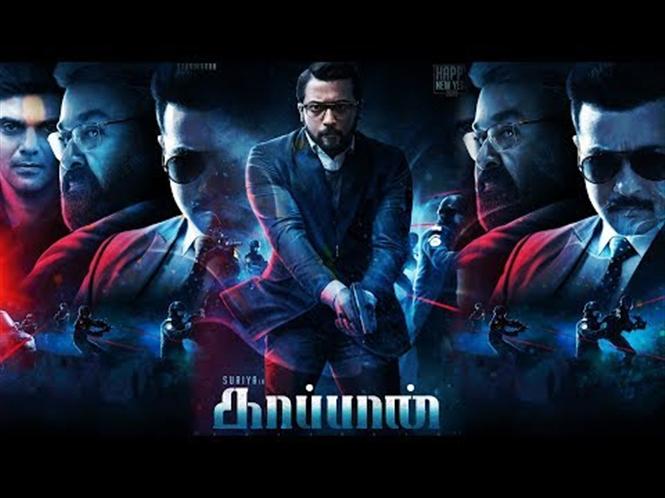 Suriya starrer Kaappaan has made a good impact from its point of announcement. Now, one among such greatest attractions is Sun TV clasping the satellite rights of this movie. Significantly, the multi-starrer film has pushed itself tremendously under the spotlights for the big brand names involved. This includes Suriya-KV Anand-Harris Jayaraj trio’s erstwhile hits to Mohanlal, Arya and Sayyeshaa being a part of star-cast.

Touted to be an espionage thriller, Mohanlal will be seen playing the role of a Prime Minister and Suriya as Special Protection Group officer. Scheduled for worldwide release on August 30, the film’s first single track ‘Sirikki’, a fast-beat folk number has opened to positive reception.