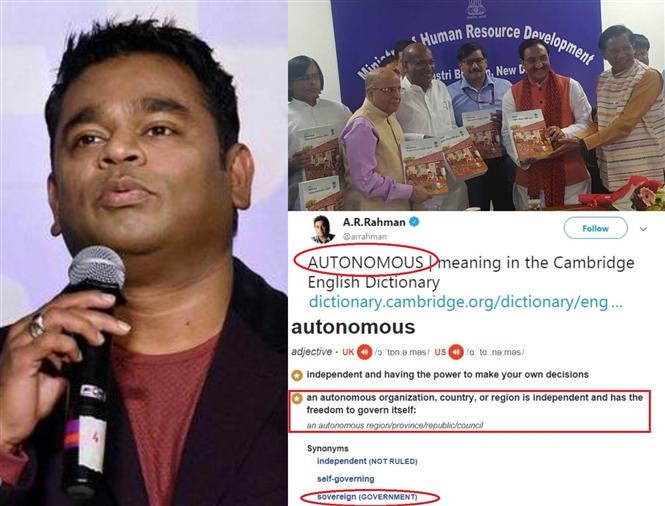 Autonomous - a word used 38 times in the 484 paged pdf file of the controversial National Educational Policy has stirred up a storm thanks to a tweet by International musician from India, A.R. Rahman. The double Oscar and Grammy winning composer sent out a cryptic message by tweeting out the Cambridge Dictionary definition of 'autonomous' and people now believe that it has something to do with NEP's mandatory Hindi imposition in schools of non-Hindi speaking states, Tamil Nadu included. 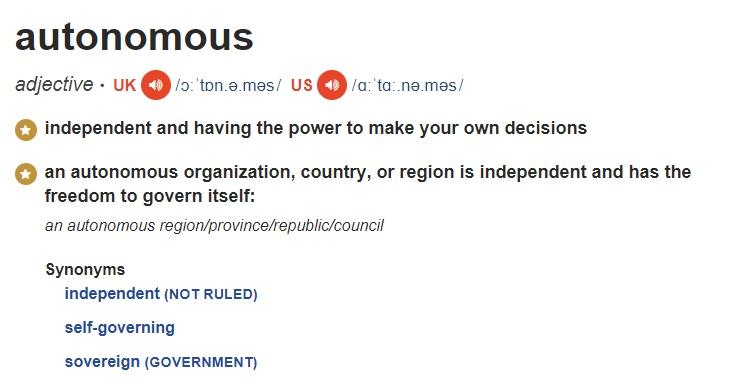 Though the line stating the mandate of Hindi being compulsory has now been removed, NEP's revised draft says that the state boards can decide what language they want for NEP's three-language policy (meaning students have to learn a third language other than English and their native language).

Also, two of the committee members who submitted the original NEP draft have raised objections to the mandate being revised and Hindi being dropped without their approval.

Earlier, Rahman who has never missed a chance to flaunt his Tamil identity had tweeted against Hindi imposition and welcomed the decision to having it removed. His cryptic tweet post the revised NEP has left an open end for people to speculate what it could mean.

This is what he meant🙌😎 pic.twitter.com/CW5hZ6YJDV

State autonomous is good for the federal structure like india. If state gets autonomous means then blame game between centre and state would reduce.

This is for recent education draft 👏