Director Venkat Prabhu's next after Maanaadu is an adult comedy titled Manmadha Leelai starring Ashok Selvan in the lead, and the movie is scheduled to release in theaters on April 1, 2022. Recently an official trailer of the film was unveiled on Black Ticket Company's YouTube channel and the video is now inching closer to 2 Million views.

Manmadha Leelai trailer is also currently among the top trends on Tamil YouTube. Manmatha Leelai  also stars Samyukta Hegde, Riya Suman, Smruthi Venkat, Premgi Amaren among others and is produced by Rockfort Entertainment. The technical crew of this film includes Premgi Amaren for music, Thamizh A Azhagan for cinematography and Venkat Raajen for the edits. 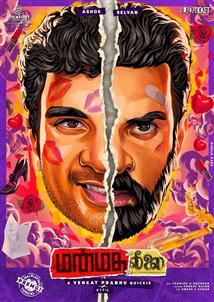