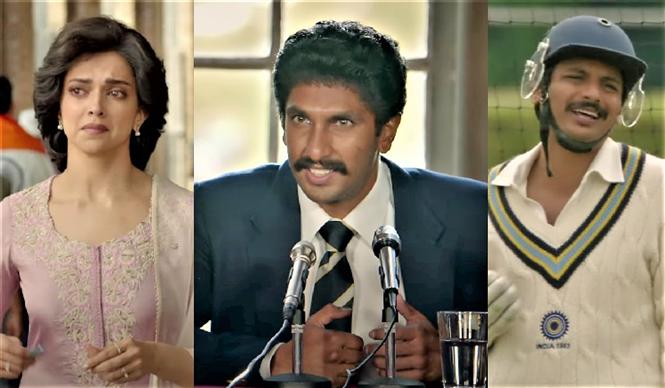 The Tamil version of 83 trailer has been unveiled by YNOTX, which is releasing the Kabir Khan directed 83 in the language. Ranveer Singh as Kapil Dev, Deepika Padukone as Romi Dev and Jiiva as Krishnamachari Srikanth are a sight to behold in the newly released video, which gives us a glimpse into how the Indian Cricket team under the iconic captaincy of Kapil Dev lifted its first World Cup in 1983.

The Hindi version of the video was unveiled earlier today by Reliance Entertainment and can be viewed here. 83 is scheduled to release in theaters on December 24, 2021 in 2D and 3D.