The official trailer of Kabir Khan directed 83 is out the video gives us a glimpse of how the Indian Cricket team under the iconic captaincy of Kapil Dev (Ranveer Singh), took home the historic 1983 World Cup. The trailer opens with India's match against Zimbabwe on June 18, 1983 at the Nevill Ground in England. It is a recreation of how Kapil Dev entered a loosing game and flipped the team's fate upside down.

It was this game that lead India to its next victory against Australia on June 20 and the final with West Indies on June 25. Deepika Padukone plays Romi Dev, Pankaj Tripathi portrays PR Man Singh, while the rest of the team is played by Jiiva (Krishnamachari Srikanth), Ammy Virk (Balwinder Singh Sandhu), Saahil Khattar (Syed Kirmani), Tahir Bhasin (Sunil Gavaskar) among others. 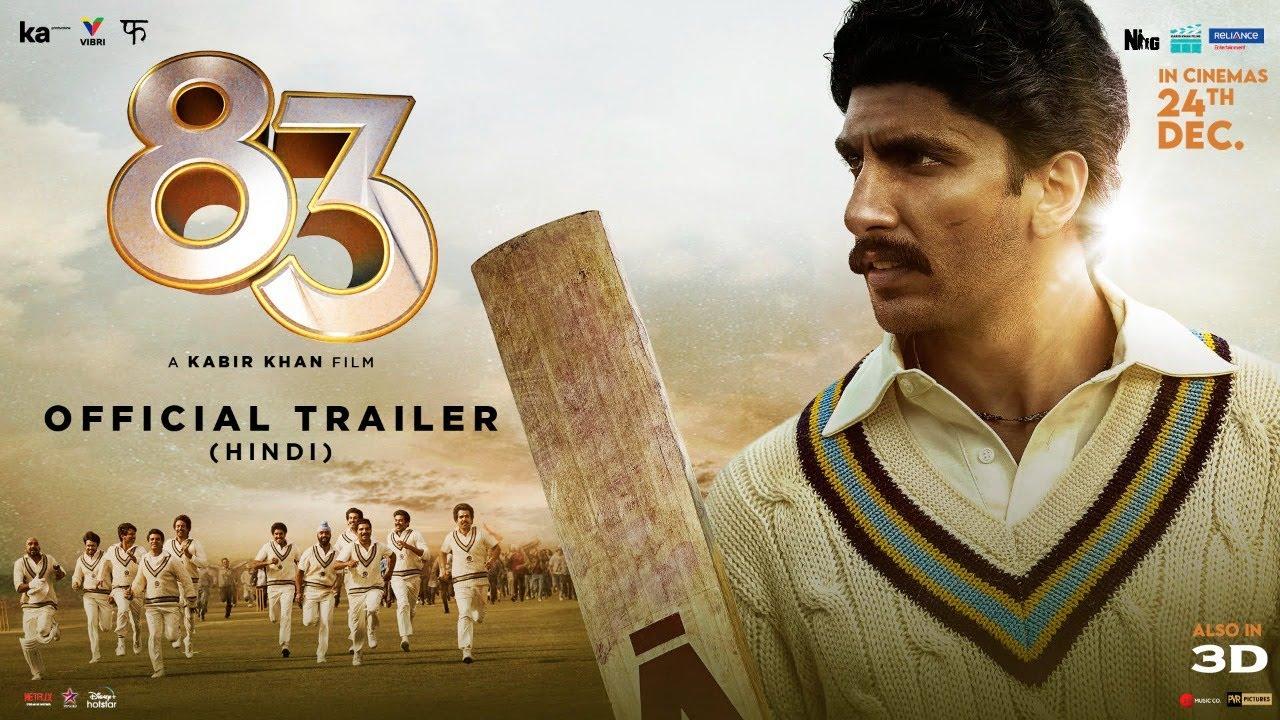