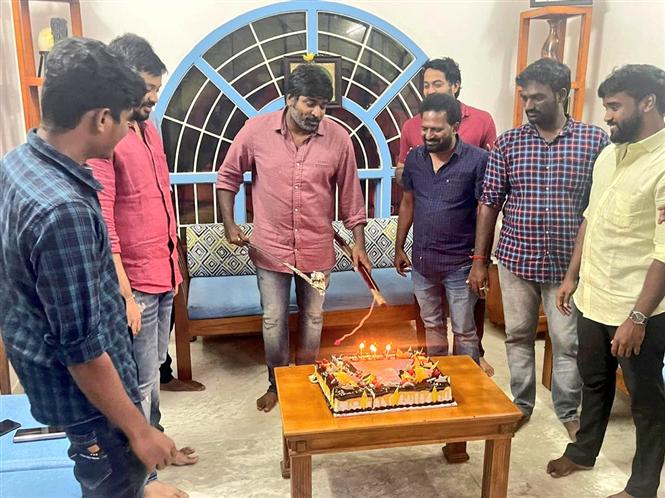 The police in Tamil Nadu, especially Chennai have been rampant about arresting youngsters who use 'patta kaththi', a type of knife/machete that is considered a murder weapon for cutting their birthday cake. Such incidents have notoriously ended up in mass arrests once pictures are posted on social media.

Turns out actor Vijay Sethupathi, who has a considerable fan following among the Tamil audience has a habit of celebrating his birthday in this style as well. Besides old birthday videos of him cutting his birthday cake with a strap knife, a recent celebration seems to have become a topic of discussion and the actor has issued a statement regarding the same.

While accepting that the picture is from 3 days ago, Vijay Sethupathi has justified that the picture is courtesy the crew members of his upcoming film with director Ponram, and since that film has 'Patta Kaththi' as the main highlight, they decided to add to his birthday celebration.

However, Vijay Sethupathi agrees that the picture sets a wrong precedence and has expressed his disappointed for hurting any sentiments.