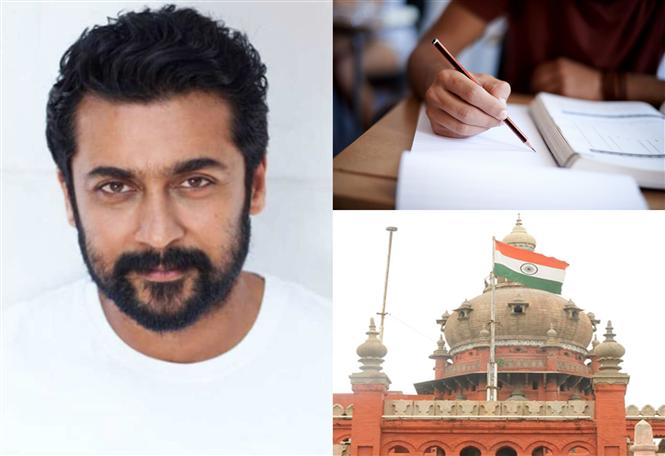 A Madras High Court (HC) judge wrote a letter to the Chief Justice urging criminal contempt against the actor, the suo motu proceedings of which were then brought to the table of the said HC on Friday. Chief Justice AP Sahi and Justice Senthil Ramamoorthy remarked that the comments made by Suriya were 'ignorant and unnecessary' but concluded that the issue need not be taken any further.

"... we find that the utterances by the cine actor may have been absolutely unnecessary or even unwarranted, for being ignorant of the manner in which the entire judiciary of this State has served the interest of its citizens during this pandemic, and any such statement could have been avoided in a much more sober way, instead of an accusing tone, which though trivial in nature has raised a storm in a teacup.

A person in public life enjoys a position because of the responsibility with which he conducts himself and not by making other human activities look small for perceptibly no valid reason, but we would not say anything further, as we find that the NEET Examinations and the dispute around it was not even a subject matter of the Courts in the State of Tamil Nadu. A self-righteous person should himself be humble enough to acknowledge the contribution of others."

The bench also said in its order that while individuals need to be careful while speaking on the judiciary system of our country, it is not the job of a 'constitutional court' make this point with cases like Suriya's as an example.

"..in view of the peculiar status on which this institution is pedestalled under the Constitution, it would be prudent on the part of the individuals to carefully frame their minds and express themselves that may not cross the borders of any fair and just criticism.

On the other hand, it is not the job of a constitutional Court to use a sledgehammer for avoidance of something which can be perceived to be not capable of even being propped up as a contempt, much less debated to the level of a criminal contempt."