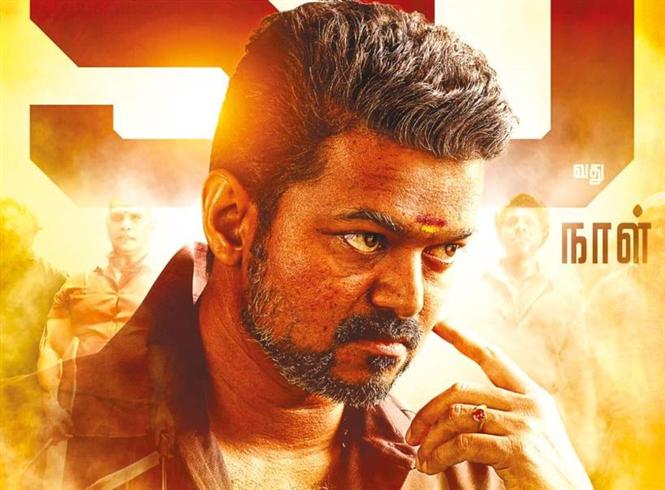 Bigil directed by Atlee which hit the screens for Diwali on October 24 has successfully completed 50 days of theatrical run. The sports drama has emerged as Vijay's career-best grosser and highest grosser in Tamil this year. Vijay has proved his potential star power once again. The fact that Vijay enjoys a massive fan following is evident from the film's success. Producer Archana Kalpathi took to her social media page to thank the fans and audience on the occasion of 50th day.

Vijay's film broke many records at the Box Office and performed better than all his previous movies. Despite Bigil's theatrical rights being sold for a record price, the film made a business of Rs. 140+ cr in TN achieving break-even in most of the territories.

The film is now available on online digital streaming platform Amazon Prime from yesterday. Vijay is currently busy with the shooting of 'Thalapathy 64' which is directed by Lokesh Kanagaraj. The non-theatrical rights have already been sold for a whopping price even before the title announcement. Thalapathy 64 is slated for Summer 2020 release.