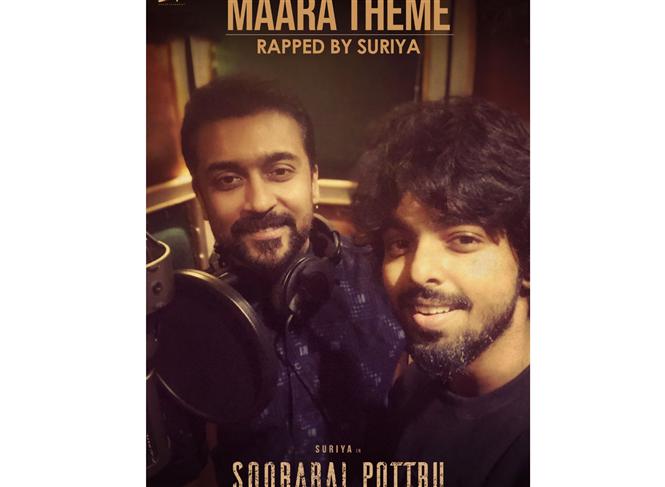 Actor Suriya who has lent his vocals to Tamil songs like Ek Dho Teen (Anjaan) and Cha Cha Charey (Party) has turned to the microphone once again, only this time for rapping instead of singing. The actor it has been revealed has rapped the 'Maara Theme' in his upcoming film Soorarai Pottru which has music by G.V. Prakash.

Soorarai Pottru directed by Sudha Kongara is based on the life of Air Deccan founder GR Gopinath, is expected to hit the screens in Summer 2020. The film also stars Aparna Balamurali, Paresh Rawal and Mohan Babu among others.