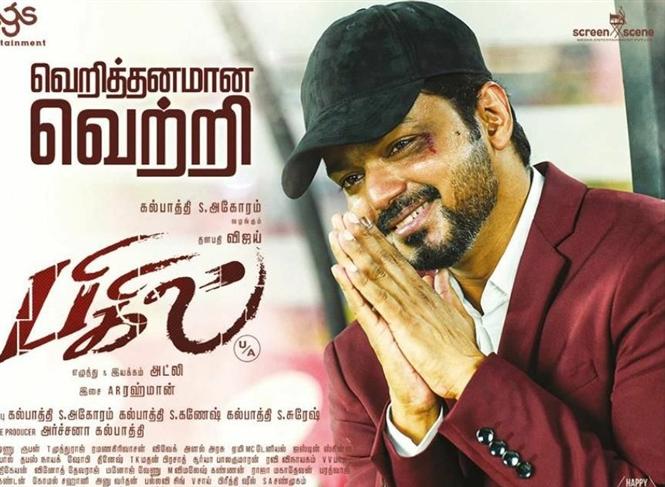 Vijay's 'Bigil' beats Rajnikanth's 'Petta' to become the highest grosser of 2019 at Karnataka box office. Bigil which hit the screens on October 25 has been a money spinner both at the domestic and overseas markets. The film which is in its third week now, has emerged as Vijay's career highest grosser in the state. It has secured the third position in the list of All-Time Highest Grosser in Karnataka.