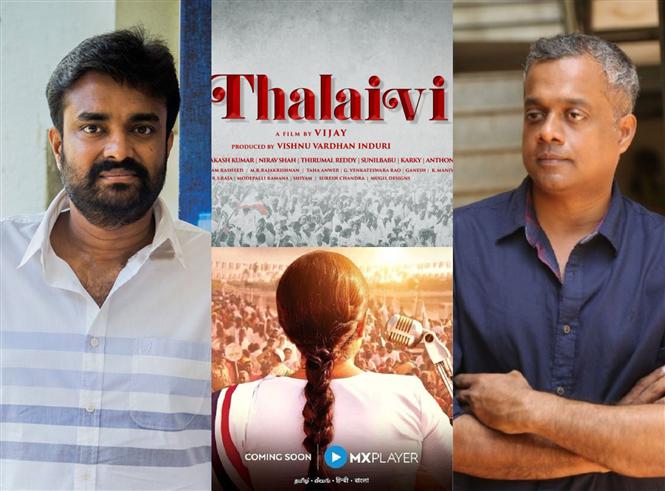 Directors A.L. Vijay and Gautham Menon each have their own versions of the Jayalalithaa Biopic (A movie named Thalaivi for the former and a web-series named Queen for the latter) and they are both being sued by Jayalalithaa's estranged niece Deepa who had earlier this month filed a civil suit with the Madras High Court.

The  High Court on Tuesday ordered for notices to be sent to AL Vijay and Gautham Vasudev Menon for coming up with their response to Deepa's claim that they had not sought permission from Jayalalithaa's surviving relatives to proceed with their depictions.

It is worth mentioning here that even at the time of Queen's announcement, Deepak, Deepa's brother and the late former CM's nephew had stated, “Amma is a political personality and her public life is known history..However, no one has any right to portray her private life without taking proper consent”. Both A.L. Vijay and Gautham Menon are expected to file their response by the next hearing, which has been scheduled by the court on November 14, 2019.