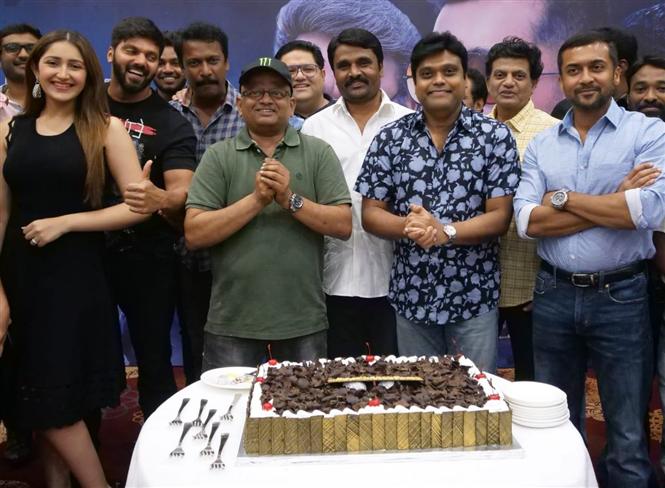 Kaappaan starring Suriya, Mohanlal, and Arya directed by KV Anand is latest to enter the elite 100 Crore club. Lyca Productions made an official announcement confirming the worldwide collections crossing Rs.100 Crores. A success meet was also held to celebrate the box office success of the film.

The distribution rights of Kaappaan were sold at a fair value to compensate for 2.0's collections. The modest distribution rates also helped generate more profits for the makers as well as the distributors by the end of first week in most of the territories.

In the domestic market, the film has performed well in TamilNadu, Kerala, made average business in Karnataka and Rest of India while the Telugu version ‘Bandobast’ turned out to be a disappointment in Telugu states. In the overseas market, the film fetched a very good opening in UAE-GCC, Malaysia, SriLanka and Singapore. The film turned out to be an average grosser in Australia, UK and Europe while it failed to create a mark in the USA due to poor release planning and mixed reviews.

The box office success has resurrected Suriya's market value and expected to help the business of his next release, Soorarai Potru. 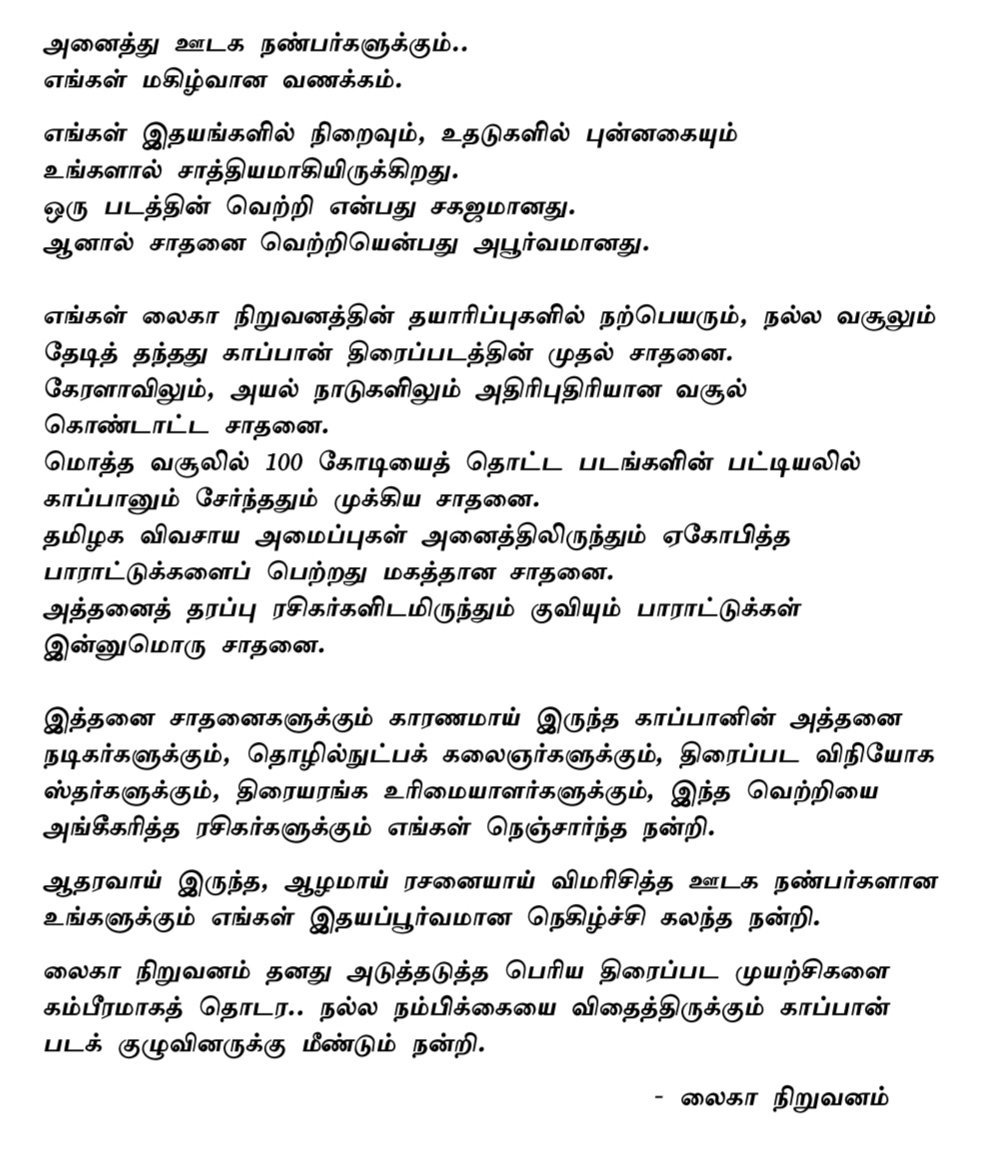