Hindi imposition row: Kamal Haasan hits back at Subramanian Swamy with a witty 'mor(e)on' jibe for calling him a 'moron' 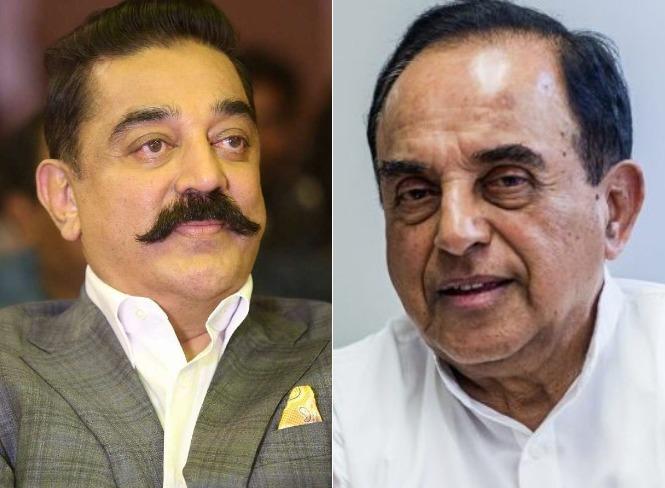 Actor and Makkal Needhi Maiam (MNM) founder Kamal Haasan on Monday opposed any attempts to “impose” Hindi on the nation.  He registered his outrage in strong words through a video on Twitter. He responded to Union Home Minister Amit Shah’s proposal of ‘one nation, one language’ policy on the occasion of Hindi Diwas.

BJP MP Subramanian Swamy slammed actor-turned-politician Kamal Haasan and DMK chief M.K. Stalin for their recent criticism of Home Minister Amit Shah's proposal to promote Hindi as the country’s common language. Swamy had tweeted, “Moron Kamalahasan and DMK Chief Stalin are howling about imposition of Hindi. What about their imposition that no Hindi will be taught in TN? Let Hindi be an optional third language and the choice on which language to opt left to the student.”