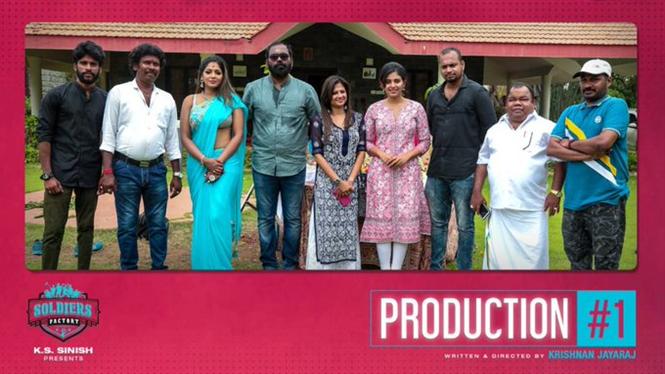 Actress Anjali’s new untitled film had its shooting commenced with a formal ritual ceremony held in the city this morning (September 11). Touted to be a fantasy-comedy, the film also features Vijay TV fame Ramar and Yogi Babu in title roles alongside Anjali. The film is produced by director Sinish, who earlier made a film titled ‘Balloon’ and is directed by Krishnan.

Sharing his words on the film, Sinish says, “This film is completely based on a unique theme, which is narrated with fun and few fantasy elements. I am sure, this will be a different film from what Anjali has done so far. When it comes to Yogi Babu and Vijay TV Ramar, they will be seen throughout the film in substantial roles.”

Vishal Chandrashekar is composing music for this film and cinematography is handled by Arvi.