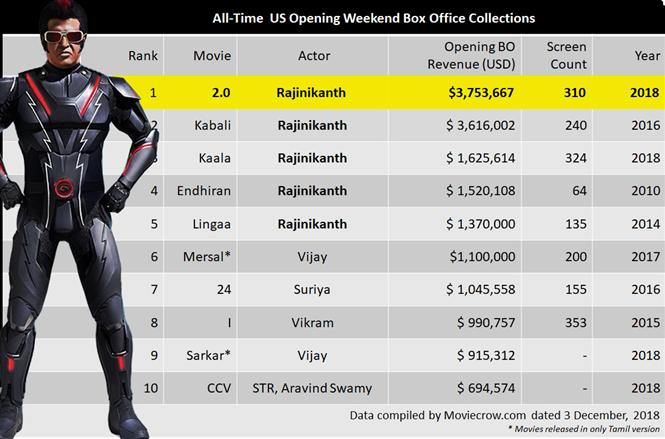 Superstar Rajinikanth's 2.0 has taken USA Box Office by storm. The film has collected $3.69 million (all versions+Premiere) in its 4-day opening weekend. Rajinikanth has a solid fan base in USA and his film's perform well there. In the list of highest grossing Tamil films in USA, Superstar scores high with 5 of his films (2.0, Kabali, Kaala, Endhiran and Lingaa) leading the scoreboard. The film released in three versions Tamil, Telugu and Hindi.