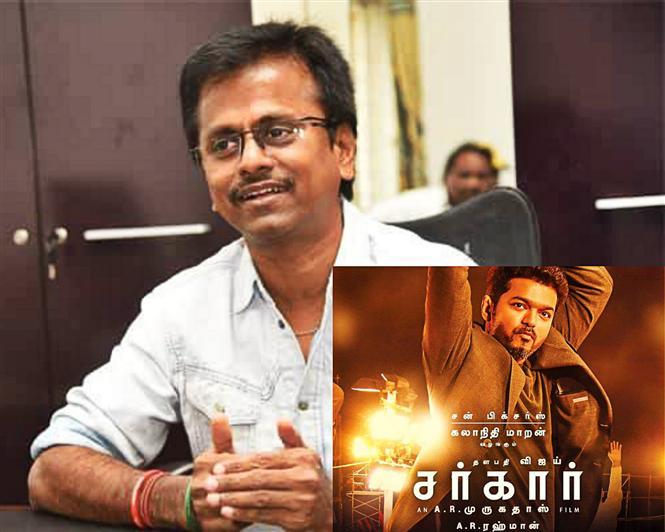 //Update: The court has now granted anticipatory bail for the director which is valid until November 27, 2018.
While he tweeted that police officials banged his residence door several times last night, director A.R. Murugadoss neither confirmed nor denied about uniform being present there for his arrest.
It all started last night when Sarkar, the director's latest release got into a situation last evening with the ruling AIADMK party, with the latter objecting to certain scenes from the film and demanding the removal of the same. (A.R. Murgadoss features in a cameo in this scene where he throws what looks like an 'AMMA' mixer grinder into the fire)

Police had come to my house late tonight and banged the door several times.Since I was not there they left the premises. Right now I was told there is no police outside my house.

Following the attack by AIADMK party members on the posters and cut-outs of the film outside movie theaters, many of them cancelled the late night shows of Sarkar until the situation came under control. Now, word has it that Murugadoss and his team of lawyers are seeking anticipatory bail and have moved High Court this morning for the same.

AIADMK workers vandalise posters of #Sarkar movie outside Kasi theatre in Chennai. They are alleging that certain scenes in the movie criticize the previous Tamil Nadu Govt led by J Jayalalithaa pic.twitter.com/1bDOMqDB8j

The Madras High court we hear have moved the hearing to later this afternoon, as an urgent hearing was requested. Meanwhile certain media members present a different story claiming that the police were stationed for A.R. Murugadoss' protection and not for his arrest (Read here).