Chennai City all-time Top5 grossers; Will Mersal break in next? 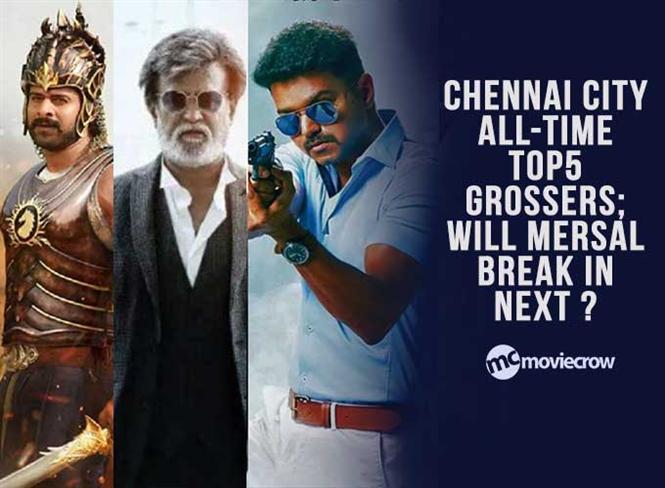 Chennai City all-time Top5 grossers; Will Mersal break in next?

As it nears its 50 days mark in Chennai city on Oct12, Thala Ajith's latest Vivegam has finally entered the 10 CR grossers club in the city. 4 other films have breached this milestone prior to Vivegam.

Let's have a look at the alltime Top5 grossers in Chennai city,

With Mersal up for release next, we can positively expect it to break into the CBO Top5, thanks to Thalapathy Vijay's star power, the huge hype around the film, the festival release and also the officially increased ticket rates which will be in effect soon.