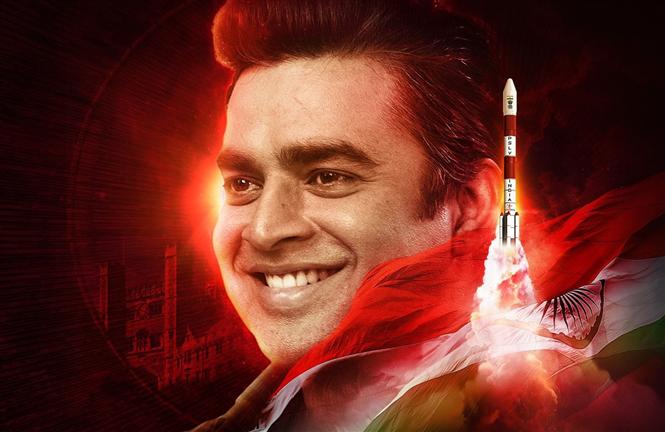 After being part of the sensational blockbuster flick Vikram Vedha in 2017, the ever-charming actor Madhavan is back with Rocketry. This time, he's launching himself as the director too. The film is a biopic of an Indian rocket scientist named Nambi Narayanan.

Nambi Narayanan, the great Rocket Scientist of India was falsely accused of leaking ISRO's secrets to Pakistan. The film showcases how ambitious he was in India's space research development, and what pain he and his family went through during his false accusation phase.

Like said, it's a biopic that’s based on a Rocket Scientist, so basically it’s a movie with a lot of high concepts. Madhavan tends to have an understanding of all those intellectual theories, but he has presented all of it in technical terms which a general movie goer has zero clue of. So could grasp the first half which establishes the intentions just vaguely. The basic structure is clear, but the in-depth ideas are confusing. Because of this over-smart treatment of an already alienated topic, it was hard to relate with what’s going on and the movie wasn’t engaging enough till the halfway mark. Also, plenty of dialogues are so blunt. Thankfully, the later half is more of an emotional investigation drama that clicked big time. The emotions of the lead character and his family have been conceived strongly, the impact is very much there. Madhavan going through brutal torture, how his family and him were cheaply treated by the people around them were shown in a way that it created a hard impact. Nambi Narayanan’s natural adamant and ambitious character is portrayed very well, it worked commercially as well and bagged a lot of claps in the crowd. He also carries a gray shade at a place in the initial half, it eventually went on to become an exceptional plot point. However his accusations were proven to be wrong and he was awarded a Padma Bhushan by the Indian Government, the incompleteness in the investigation didn’t provide that fulfilling feel. Also, Madhavan in the film achieves everything very easily, the struggle of such a knowledgeable person is never evident, at least in the first half.

It’s nice to see Madhavan in different makeovers. But the old getup with full white hair and white beard didn’t suit him much, also it’s quite strange that he didn’t change his speed and style in how he talks. Otherwise he has managed to act well and direct at the same time here, he has been really slapped in a couple of shots to bring that mood on-screen. Suriya in a special cameo, he plays the host, not an highly effective appearance, yet he pulls off his role comfortably. Simran comes in a very strong role, her struggle in the second half is heartbreaking at times, wish someone more suitable could’ve dubbed for her. Rest of the supporting roles were fine and aptly picked artists with a mix of already established and new faces.

Highly disappointing music, most of the scenes are left empty with no background score and that’s the main reason why it gives a feeling of watching a documentary. Decent camera work, nothing special, but nothing bad too. But must tell that certain frames are spoiled because of the VFX shots, the ones in the interview room that involves Suriya. Neatly edited, didn’t feel any lags in both the halves, also the rapid shots placed in a flash at several places speak some valuable politics. Solid work by the sound department, the rocket sounds felt like the whole hall was shaking, the slaps and hits during the interrogation were lloudly placed to make it feel real.

The story of Nambi Narayanan had the potential to be inspiring, emotional and educational. The first two points were presented neatly as the great man’s natural character is so strong, the patriotism is not stressed and the painful family angle is captured at the right meter. But the last one kind of creates a headache as the film discusses scientific theories too deeply in a very technical manner.