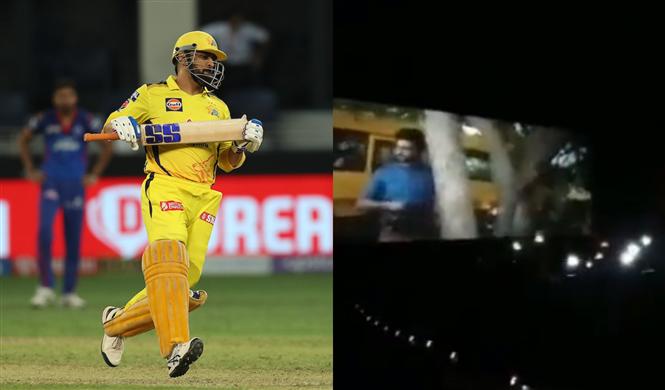 One of the most talked about topics this Sunday was the qualifier match between Chennai Super Kings (CSK) and Delhi Capitals (DC) and how CSK captain MS Dhoni played a sensational knock of 18 not out off just 6 balls. The captain cool's performance not just took CSK into final of IPL 2021 but had cricket enthusiasts from all over swooning and celebrating.

One such scene was captured in a movie theater in Trichy, Tamil Nadu where the theater crowd were spotted chanting Dhoni's name mid-movie. The video clip indicates that the audience was there to catch a screening of the newly released Doctor (starring Sivakarthikeyan) and apparently several theaters across Tamil Nadu witnessed similar scenes, thanks to CSK's win that evening.