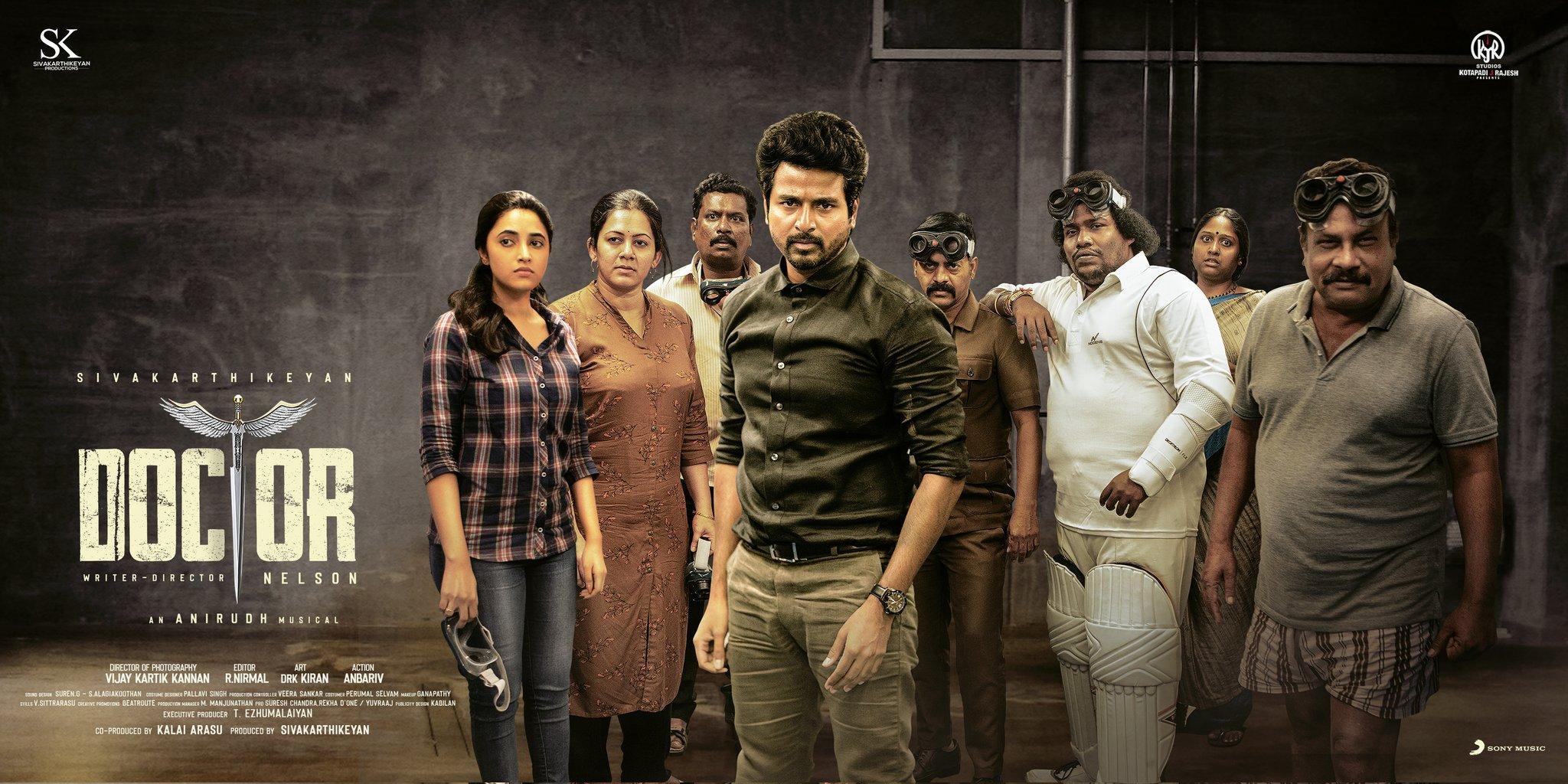 Director Nelson holds a unique style that feels refreshing to watch. His knack with dark humor and picking people with peculiar mannerisms to play vital roles pays off yet again.(more)

An enjoyable comedy-caper that has Sivakarthikeyan playing down his strengths

The first half crackles with humour, with comedy actor Kingsley having us in splits with his brash dialogue delivery. Nelson packs a lot of comedy in the scenes, so much so that even action sequences have a dose of humour (check out the one shot inside a Metro train compartment). Though he loses the plot to an extent in the second half, the interesting set of characters he has designed and their performances keep you invested till the end.(more)

Doctor is a deliciously dark comedy

This is certainly a different role for Sivakarthikeyan, who, unlike in other films, is made to be less expressive and less talkative. Nelson doesn't let go of this darkly humorous tone even when things get serious. The humour quotient does dip in the second half, but Nelson manages to inject a funny quip or two to keep the tone from getting too serious. (more)

Doctor, is a laughter riot from the word go

It is often said that laughter is the best medicine. It's practicality is a question but it does seem to be the antidote for all the writing flaws the film has. The humour factor makes you forgive everything and enjoy the entire duration. One particular writing decision that works is not having any social message for the audience. The film sets off to entertain and it does that alone.(more)

A dark comedy which is enjoyable

The first half of the film is thoroughly enjoyable and it's refreshing to see Sivakarthikeyan in a subtle character but he pulls it off with great elan and also brings in laughter within the dark humor zone. Varun is not the cup of tea for Siva but still, he makes it delicious for us thanks to Nelson's strong characterization. Priyanka doesn't have a strong role but she looks cute and also contributes to the comedy department along with an ensemble of actors including Archana, Ilavarsu, Sunil, Yogi Babu, Deepa, Redin Kinsley, and others. (more)

This inventive black comedy features an all new Sivakarthikeyan

This is Sivakarthikeyan in a comedy, albeit of the black variety, being secure enough to stay away from joining in, being secure enough to be a passive participant while characters around him chatter away. This i s Sivakarthikeyan as we have never seen him before, and it's admirable that he hasn't just acted in this film but produced it as well. I don�t remember the last time I laughed as loudly in a theatre as I did watching Doctor. This film's jokes are so wild, so funny, that it makes you bide your time during the duller, no-joke portions, only so you can let director Nelson have you in splits again(more)

Doctor takes off slowly and initially it feels a little odd to see Sivakarthikeyan deliver his lines like a robot. It feels like a very mechanical performance but once you get used to his character, the film works like a charm. No other Tamil film apart from Nelson�s own Kolamavu Kokila used dark comedy so effectively in recent years. (more)

The best thing about the film though is that it doesn't punch above its weight. One of the best talents of Nelson is his ability to write comedy. And banking on artists Yogi Babu, Deepa Shankar and Redin Kingsley, he packs a punch. Yogi Babu is a riot throughout the film. Nelson has focussed on the Yogi Babu character by writing a good role for him, who is very important to the plot.(more)

What works best in 'Doctor' are the laugh out loud moments that are sprinkled throughout the screenplay. Many of them land when you least expect it making it that much more enjoyable. There is a freshness to the way the story moves forward that is a big plus. The action sequence on the metro train is choreographed in a novel way balancing comedy and the thrills. The audience is won over when the hero looks beyond love and family and goes to rescue the girls which is a powerful plot point that saves the day for the film. (more)

Thrills to an extent

The film has dark humor and is executed quite well by Nelson. The message showcased regarding women�s safety in the film looks good. Also, the thrills in the pre-climax have been executed well. (more)