Happy Birthday Dhanush - The hero of all woods! 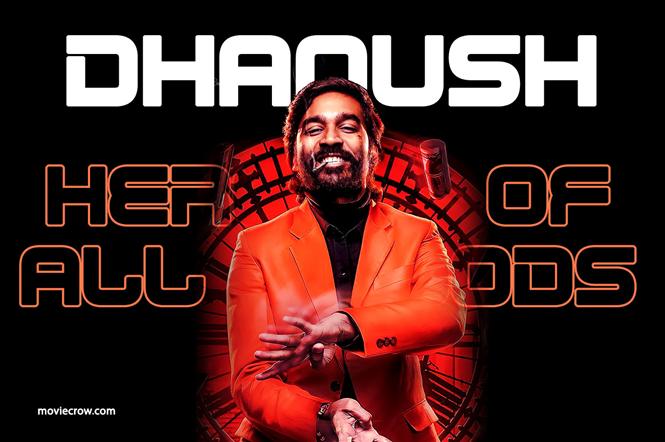 Happy Birthday Dhanush - The hero of all woods!

Tamil actor Dhanush (born Venkatesh Prabhu) is celebrating his 38th birthday today and exactly half his lifetime (19 years) since he entered the movie business. From being written off at his debut to winning multiple National awards for acting, Dhanush has had quite a journey; Here is a quick look back at some of highlights.

Most trolled to Most Loved

Dhanush made his debut in 2002 with Selvaraghvan's Thulluvadho Ilamai and he was, and played a teen in it. Despite the film's success, Dhanush was mocked for his extremely thin appearance and was deemed 'unfit' as 'hero material'.

Dhanush had to face this criticism for the longest time and it wasn't until Pudhupettai in 2006 (again directed by Selvaraghavan) that he was taken seriously as an actor. National award for Vetrimaaran's Aadukalam in 2011, turned him into a symbol of 'Tamil pride' and there has been no looking back ever since.

[It's another matter altogether that outside the Tamil realm, Dhanush is still mocked for his appearance; case in point: Little Things web-series written by Shoba De made distasteful remarks about the actor in 2016.

S1 E3 5:25 goes “Have you ever seen your face ? Dhanush..You are exactly like that ! You are like Dhanush and Sonam Kapoor. Except, he makes Dhanush look like a Super model” and created a furore when Netflix aired it unmodified in 2018.]

Dhanush is one rare actor who fits into all bills - give him a commercial film like Maari or a niche movie like Maryan, the actor is able to pull off both and with ease. Dhanush has maintained this commercial vs art balance consistently in his filmography.

Another rarity about Dhanush as a Tamil talent is his ability to dip his toes into all fields and be good at it. Besides being a phenomenal dancer and actor, Dhanush's artistic abilities also shine while writing lyrics, singing and directing, His eye for good stories, talent, what works and doesn't work in the movie space is also extremely good, given the critically acclaimed (Kaaka Muttai, Amma Kanaku) and commercially successful (Ethir Neechal, Naanum Rowdy Dhaan) movies he has produced.

Dhanush is not your name-sake hero. Anything and everything he is a part of, irrespective of whether they have worked well or not, leaves a memorable mark and are often revisited. Be it his movies in Hindi (Raanjhanaa, Shamitabh) or his international endeavours (The Extraordinary Journey of the Fakir), Dhanush has always proved his mettle and given us quality content as an artist and as an actor.

Wishing him all success for his future.