100 days of Master: Film that gave a ray of hope for film Industry amidst all crisis! 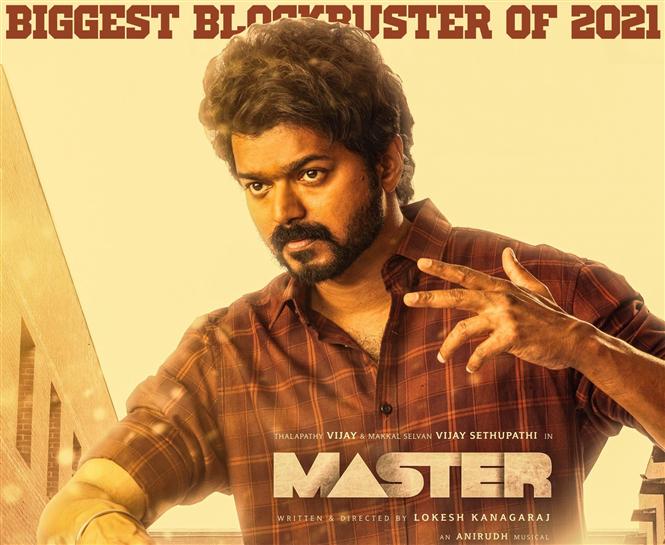 Before Master released in theaters on January 13, 2021 theaters in Tamil Nadu had not had a big star release, or any significant movie release for 10 months in a row. The first half of it was due to Coronavirus COVID-19 pandemic and the second due to the fear and recovery of it. At a time when theater owners were desperately looking for measures to keep their businesses from dwindling, Vijay and team Master risked and came to the big screen; A bold move considering stars upto that point had safely resorted to only OTT.

Master was exclusively available in theaters only for 15 days, but for a big budget film to risk releasing to 50% occupancy, was seen as a gracious move. Not only did Master revive theater business in Tamil Nadu, it brought in significant box-office numbers in neighboring states as well. Most importantly Tamil films small, medium and big started to release in theaters again.

Master also went on to break OTT records by recording 9.2 million worldwide views on its premiere day on Amazon Prime Video, and a whopping 28 million views on its opening weekend on the OTT platform. With its recent television premiere on Sun TV, Master acquired a TRP of 17.10 and registered a good 13755.46 impressions - one of the highest Tamil movie records on TV.

Today has been 100 days since Master first came out and to say that the movie revived not only business interests but also those of fans and Tamil movie audience would be a understatement. For all this and more - We thank you Master!