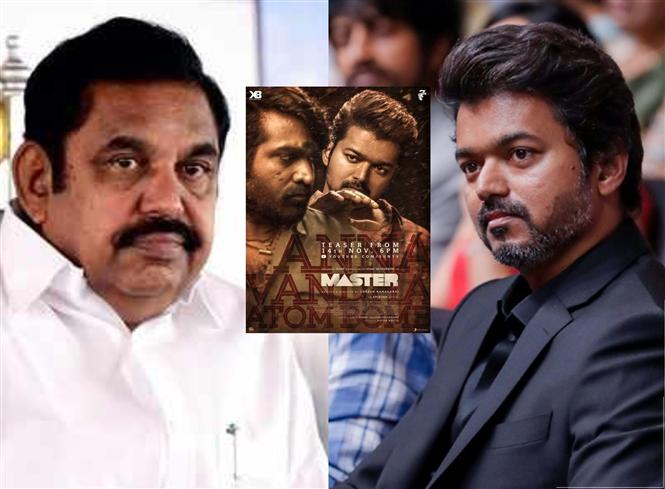 Actor Vijay's highly anticipated Tamil movie Master is all set to release in movie theaters, come January 2021 for Pongal and ahead of the same Vijay is said to have met Tamil Nadu Chief Minister Edappadi K Palanisamy. Reportedly Vijay's meeting was regarding the screen-occupancy in movie theaters, which is currently only at 50% according to COVID-19 protocols.

Since a lot is riding on Master's theatrical release and the makers were promised an increased theater occupancy if required, Vijay is said to have met the CM to request the same. Vijay met CM Palanisamy at his Greenways residence and Information and Publicity Kadambur Raju is also said to have been present at this meeting.

Master directed by Lokesh Kanagaraj also stars Vijay Sethupathi, Malavika Mohanan and Andreah Jeremiah in important roles. The film is produced by XB Film Creators in association with Seven Screen Studio and has Anirudh for music.