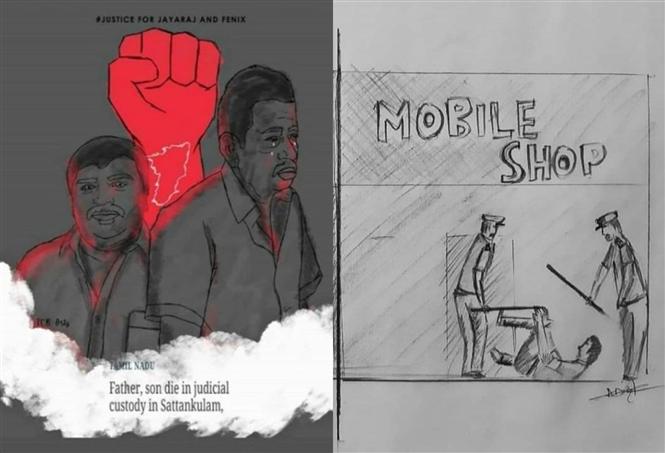 In a mega-expose segment aired by news channel Times Now on Monday, a CCTV footage from outside Jayaraj and Bennix's mobile shop at Santhankulam, Thoothukudi was shown, which clearly proved that there were no crowds as falsely stated in the initial report filed by the police who took the father-son duo into custody.

#Exclusive | TIMES NOW accesses CCTV footage from outside Jayaraj and Bennix's shop.
CCTV reveals that hardly few men were present outside the shop, father & son didn't 'roll' on the floor and Jeyaraj had cooperated with cops

Also there were no video evidences of Jayaraj or Fenix restricting police arrest or "rolling on the floor" as stated by the police, a claim until today was backed by Tamil Nadu Chief Minister K. Palaniswami.

Jayaraj and his son Bennix, were taken into custody for allegedly not closing their mobile phone shop before the curfew imposed during the lockdown and were brutally assaulted with severe damage to their gluteal region. Santhankulam inspector Sridhar, sub-inspectors Raghuganesh and Balakrishnan were placed under suspension in connection with the case and the Tamil Nadu government on Sunday announced that it was planning to ask this case to be transferred to the CBI.