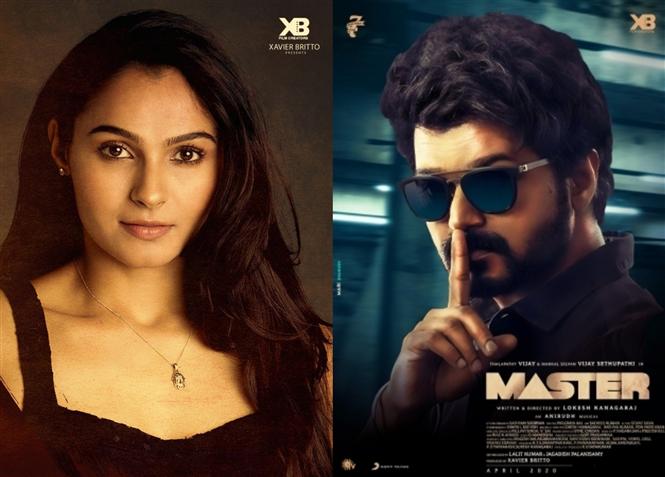 Even as Master is holding up with post-production work, details about the film keep surfacing every other minute. Adding to the rumoured double role of Vijay and the confirmed story of Master being inspired from a real-life person, is that there is a car-chase sequence in the movie.

Actress Andreah Jeremiah who supposedly plays a mysterious grey role in the movie, recently confessed in an interview that she expects the said car-chase to be special (presumably it features her as well).

Andreah also revealed that since shooting for Master, she has become a fan of the lead actor Vijay and fans who picked up on the crumbs have been raving since then. Directed by Lokesh Kanagaraj, Master also stars Malavika Mohanan and Vijay Sethupathi among others and is expected to release soon in theaters.