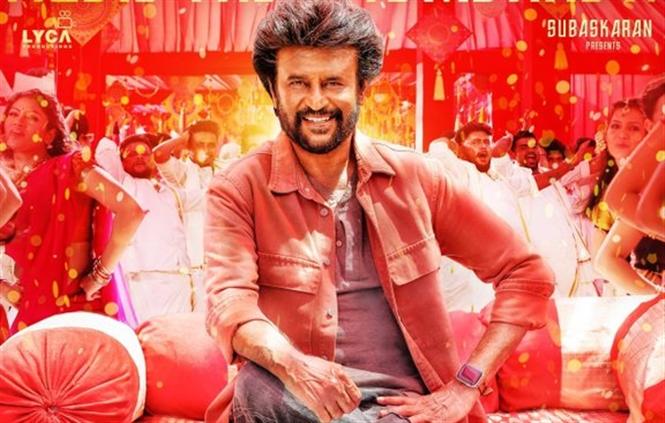 Chumma Kizhi: The intro track which got released as single track got attention for its inspiration claims from listeners, as the track has similarties to a tune composed by Deva (Thanni Koda Eduthu from Vaikasi Poranthachu) and a Iyyappan devotional song. But the song didn't work despite SPB's singing and the song lacks a punch required for a Rajini introduction soundtrack. The percussion-heavy track falls further flat with the Vivek's uninspirational lyrics.

Tharam Maara Single: Tharam Maara single is in lines with Ullaala from Petta and the Goan rhythm is engaging which breaths a fresh air until Vivek's lyrics dampens down the proceedings. Anirudh's earnest singing for the colloquial random lyrics makes this one a listenable one from the album.

Dumm Dumm: Dumm Dumm tune meanders without any instant catchy factor attached with the song. However, Anirudh shines in the resonant arrangements in the interludes especially the violin bits while Nakash Aziz infuses much energy required for the celebratory song with his vocals. Overall, though the song sounds enjoyable until it lasts, definitely not a memorable one.

Thani Vazhi: After Katravai Patravai in Kaala, Yogi B comes back for another Rajini song Thani Vazhi and the fans of the singer may like this song but the track comes off as a random hodgepodge of sounds which doesn't cohesively build up into an enjoyable song. The only exciting aspect of the song is the suspenseful prelude around which the song is conceived.

Thalaivar Theme and Villain Theme :  Thalaivar theme which is high on percussion falls flat without much to offer while similar to Petta Villain theme is much exciting one. Though the track sounds like an extension to Singaram Theme from Petta, the haunting and sinister effect created from mostly the strings is engaging stuff from the composer.

Darbar is an unentertaining Rajini soundtrack. Anirudh tunes are hardly memorable and the album has no catchy or repeat worthy tracks.