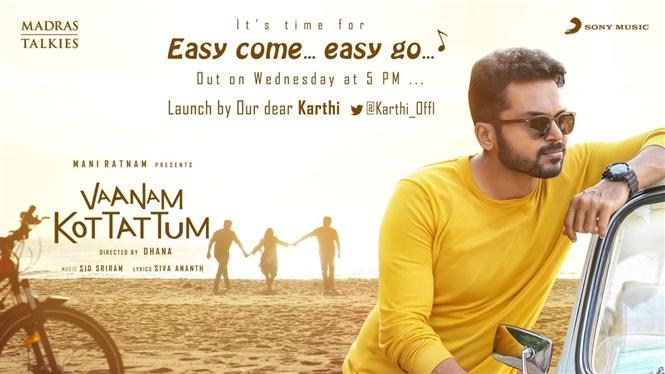 Following Sid Sriram's first melody Kannu Thangom, a second single for Vaanam Kottattum is being launched and the number which is titled Easy Come Easy Go will apparently be an upbeat one. Actor Karthi is unveiling this track on Wednesday (Nov 20) at 5 PM and the same was announced by producers Madras Talkies.

Dhanasekaran, a former associate of Mani Ratnam is debuting as a director with his movie which is co-written and produced by Mani Ratnam himself. The film stars Vikram Prabhu, Aishwarya Rajesh, Madonna Sebastin, Sarathkumar and Radikaa Sarathkumar among others.