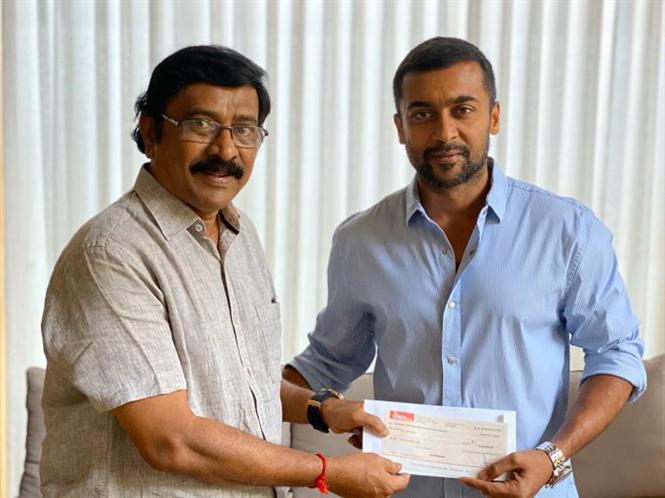 As a Diwali special fund, actor Suriya has donated Rs. 10 lakh towards the Tamil Nadu Film Directors' Association trust which was received via cheque by the trust’s General Secretary, director RV UdhayaKumar. Reportedly, the money will be used in rewarding the members of the association, like assistants and associates, ahead of the big holiday that's coming up.

On the work front, Suriya has completed shooting for Soorarai Pottru and is said to be in talks with director Vetrimaaran for his next project. He is also said to have generously let go of Siva, director of Suriya 39 after Rajinikanth personally called the actor and requested that Siva direct Thalaivar 168 first.