"Is this what they meant by Expect the Unexpected?" - Vijay Fans lament over Bigil Audio Launch Entry Row! 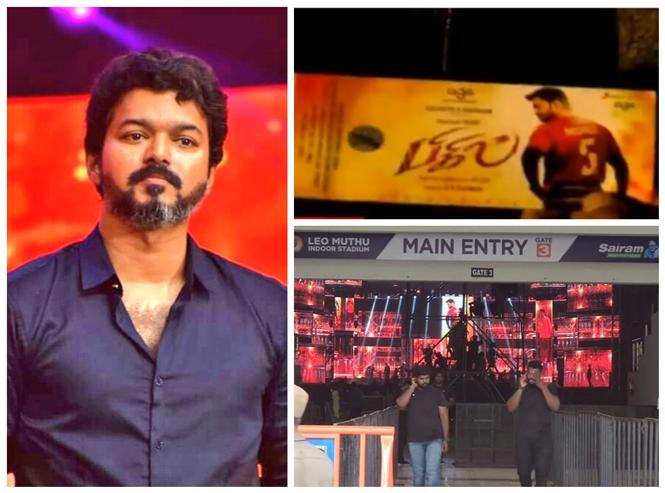 "You may tear up my photos or banners, but do not rough up my fans.” - Actor Vijay spoke these line to thunderous applause at the Bigil Audio Launch event last evening while speaking about how his fans were being "man-handled" over cut-outs and posters. Ironically, some of these very fans (women included) were lathi-ed to disperse from his event at the Sai Ram Engineering college last evening, despite them holding legitimate audio launch entry tickets sold off for as much as Rs. 2000 to them by AGS Entertainment.

News reports claim that while the seating capacity for the event which began at 5 PM yesterday was only close to 10,000, the production house had issued double the number of tickets, leading to the chaos that ensued over entry. Angry fans, some of whom had lined up from 2 PM disappointingly said, "When we showed our original tickets bought with our hard earned money, the police officials asked us to question the production house as to why they issued 20,000 tickets when the seating capacity was clearly half of it. We couldn't say anything after that.."

The roughed-up fans did not take the physical altercation that ensued between the crowd-handlers and the people who were denied entry lightly and one of them lamented, "I think this is what they (AGS Entertainment) meant by 'Expect the unexpected' (tagline of the movie Bigil)." Another fan reasoned, "When it is an event related to Vijay, one shouldn't underestimate the crowd..Either come-up with plans to properly accommodate everyone or telecast the event without the ticket sales so that everyone can watch from home on their TV"

While some fans are under the impression that people with "fake-tickets" might have made an early entry into the event, especially because there wasn't any electronic monitoring like scanners, others feel cheated that AGS Entertainment made money off of using "their Thalapathy Vijay"'s name. It wouldn't be an understatement to say that despite the fan-fare that surrounded the eventful Bigil audio launch, a significant number of the people who showed up from various locations returned mighty disappointed.

AGS Entertainment or anyone from team Bigil has not commented on the issue yet.