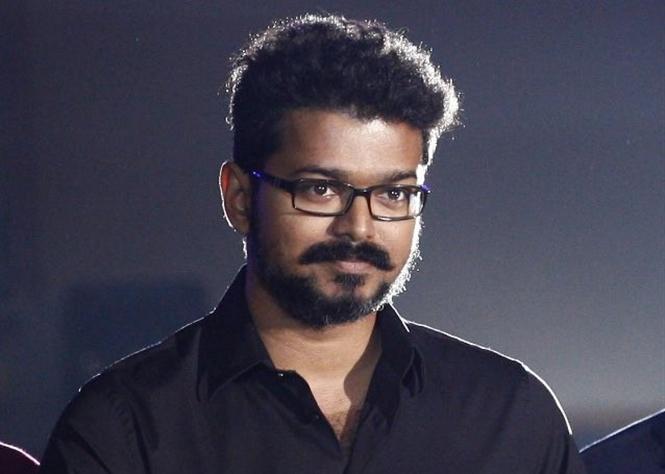 The much awaited moment of this year – Bigil audio launch is happening amidst huge fanfare and grandeur. With the entire cast and crew of this film gracing over the occasion, the speeches rendered by each of them are offering toast of excitements for the fans gathered there. Here are some of the excerpts from the event.

Actor Anandraj said, “The title of this film might be “Bigil”, but I am sure, it is going to give “Thigil” (Horror) to everyone. The film has a powerful theme, which has a loud voice of support for women all over the places. Working with my brother like Thalapathy Vijay was a huge moment and it will be an unforgettable experience for me.”

Cinematographer GK Vishnu said, “The quantity of films we doesn’t matter, but it’s all about the quality that actually offers self-satisfaction. Being a part of “Bigil” was literally an amazing experience to me. I am sure that voice of Thalapathy Vijay will change of perception of society on women and their dreams. It will definitely happen after the release of this film as I have experienced it as an audience.”

Editor Ruben said, “I am a hardcore fan of Vijay and have been watching his movies from childhood, but “Bigil” looks completely new-dimensional for me as Vijay sir has outperformed his own acting in erstwhile movies with a much surpassing spell. He has given a more than enough effort, which I believe will be definitely noticed and enjoyed by not just his fans alone, but the universal audiences as well.”

Dialogue writer Ramana Girivasan said, “I have to be very careful while writing dialogues for Thalapathy Vijay for his voice and message has a phenomenal reach. It was very much evident with his message in the previous film that had an irresistible reach across the country. I always admire Atlee for being sportive and super cool, where he sometimes laughs out louder looking at memes created on him.”

Lyricist Vivek said, “Every time I come across the Thalapathy fans sharing their stories and instances of their unconditional love for him, I get Goosebumps. Their love for Thalapathy is unconditional and it is priceless.”

Actor Kathir, who has played an important role in this movie said, “Thalapathy Vijay anna gives so much of positivity to everyone around him and I am blessed to have got an opportunity to work with him. I have attended 3 audio launches of his movies, where I was there somewhere in the crowds and now privileged to be sitting alongside him. This will remain as an unforgettable gift for me that I can keep cherishing about.”

Actress Varsha Bollamma said, “I have never imagined that I would be given a role of football player as I have never been a viewer of this game. As far as it is concerned with me, I have played soft indoor games like Carom and other ones, but this was really a life-changing experience for me, where we all had to hit gyms for couple of months to get ourselves prepared for the role. If I had a coach like Vijay sir during my school days, I would have become a Sania Mirza today.”

AR Rahman:  What I like most about Vijay is his take it easy policy. Fun and drama along with motivation are the three elements for #Bigil. Verithanam is given to ThalapathyVijay fans as NeyarViruppam

Producer Kalpathi S Aghoram said, “Working on a project with Thalapathy Vijay was a 7-year long dream for their production house of AGS Entertainment and it has finally become a reality. Initially, he gave us 150 days of call sheet, which was so long indeed, but when things got delayed, he wholeheartedly gave additional 20 days for the shoot.”
On her part, producer Archana Kalpathi said, “Just like how Baahubali became a trendsetter for historical genre of movies, so will be Bigil for sports genre based films.”