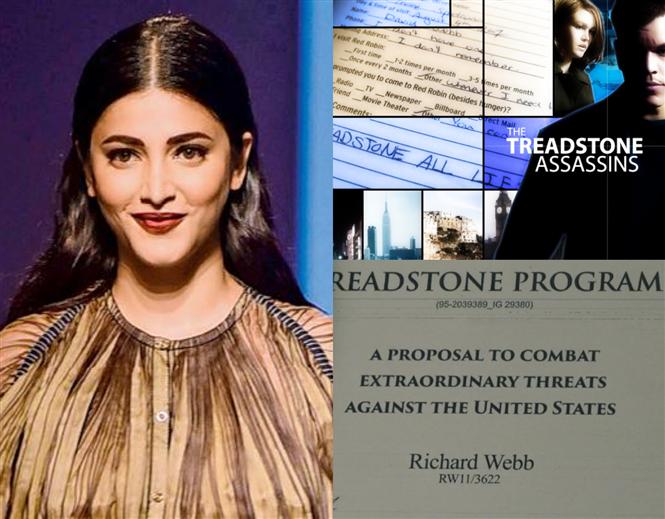 Shruti Haasan will be making her debut in the US soon, for the actress has been signed as a recurring cast in a TV spin-off to Matt Damon starrer film franchise, the 'Bourne' series.

Treadstone, an american TV series named after the fictional CIA black ops program that appears in the spy-action films [The Bourne Identity, The Bourne Supremacy, The Bourne Ultimatim, The Bourne legacy, Jason Bourne], will see Shruti is to play an Indian assassin based out of New Delhi.

The 33-year-old actress will be seen as Nira Patel in the show, whose job as a waitress covers for her double life as a trained assassin. Treadstone is currently in production at Budapest and Shruti will soon be flying there to train for her action scenes.

The show's first season has 12 episodes and follows sleeper agents across the globe who are "awakened” to carry out deadly missions. USA Network will be airing the show and Haasan has portions both in India and abroad.