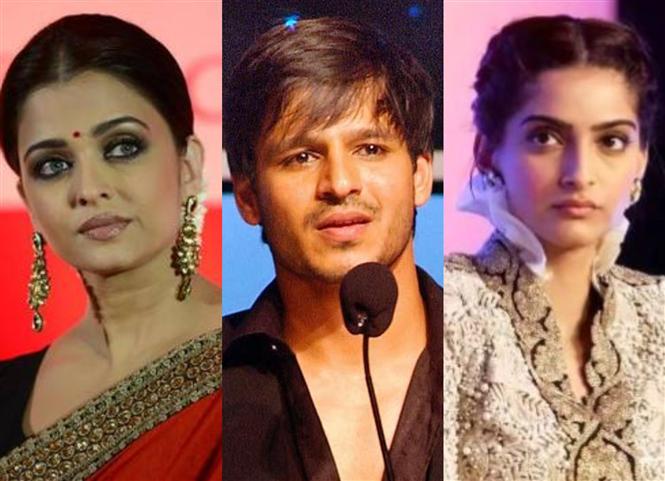 A full 24 hours after sharing a meme which linked the love life of his ex-flame Aishwarya Rai Bachchan to the poll results of the Lok Sabha Elections this year, actor Vivek Oberoi has now deleted the tweet.
It is worth mentioning here that as soon as the actor shared the distasteful meme on his social media page, the netizens took no time in condemning the actor; the backlash was so severe that even public personalities like Gutta Jwala, Sonam Kapoor and the National Commission for Women spoke up.
However, Vivek Oberoi seemed very nonchalant to the whole outrage and in his media interaction until last evening where he was quoted as saying, "Those in the meme don't have a problem, but everyone else has.."
He acknowledged the National Commission for Women and the Maharashtra State Commission for Women who were ready to issue notices to him and said, "I'd like to meet them, I'll also like to explain myself because I don't think I have done anything wrong,"

The NCW has taken Suo-Motto cognizance in the matter reported by the media regarding Vivek Oberoi’s twit carrying picture of a minor girl and a women today . @vivekoberoi pic.twitter.com/RQAViMQLVO

He even went on to put Sonam Kapoor on blast who termed his meme "disgusting and classless" and said, "Stop overacting in your films and stop overreacting on social media. I've been working in women empowerment for 10 years now. I don't think this is hurting anyone's sentiments,"
However, Oberoi took a 180 on his stance of 'his meme is not hurting anyone' and 'he did nothing wrong' and took down his original post. He, who until last evening was blaming the likes of Mamta Banerjee for 'trying to put him behind bars for a meme' (as she did with BJP activist Priyanka Sharma), has extended his apology today calling it 'remedial action' for 'offending even one woman with his meme'.

Even if one woman is offended by my reply to the meme, it calls for remedial action. Apologies🙏🏻 tweet deleted.