Gautham Menon and Karthick Naren have an ugly spat over Naragasooran! 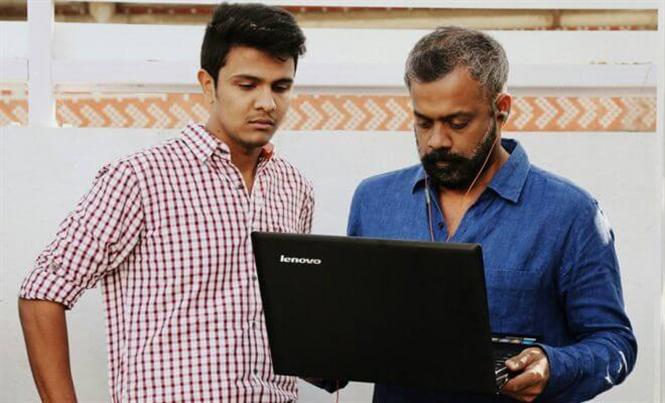 "Happy to be a chapter in the journey of a brilliant young filmmaker" was what Gautham Vasudev Menon wrote when he first announced his collaboration with D 16 director Karthick Naren, who had then swooned everyone with his film at just 21. Karthick on his part had said, "It used to be my aim to join his team as an assistant,..though he is part of my next film, I will always remain his fan boy!" To think that this mutual admiration club has turned into a publicly-spatting one is something, the fans are yet to come to terms with.
All seemed well between the producer and director for when Naragasooran (the project the duo had collborated on) ended, Menon was all praises for Karthick. He had then tweeted, "41 days. Filming completed. And as per the plan. Great work Karthick Naren. Added advantage of being producer..I can see the film first! And can’t wait..." However, two days ago, Karthick who is still awaiting the release of Naragasooran but has begun work on his next project, sent out a cryptic tweet where he said,

Sometimes a misplaced trust may kill you. People should think twice before taking it for a ride. The last thing you want to see is your passion getting butchered from all the directions for a mistake you did not commit. Threshold!

Even before the speculations could begin, Gautham Menon confirmed the tweet was aimed at him when he sent out a equally dissing tweet of his own, which later met with a direct reply from Karthick. Given Naragasoon which is the second part of Karthick's thriller triology (first part being D 16) hasn't found a release date yet, the accusations levelled in the tweets and Gautham Menon's history with film delays, it is not too hard to guess what turned this relationship sour.

https://t.co/6whl3aEczn
While some young filmmakers whine about their passion getting butchered instead of growing a pair, here’s a young team that makes an interesting short about girls,women, cricket, CSK and liberation.What a https://t.co/dseipSKVrF very nicely done!

While everybody advised against it I had the pair to trust you & collaborate sir. In return we were treated like trash & made to invest on our own. I think its better to whine & confront instead of running away. Please don't do this to any other young filmmaker sir. It hurts! https://t.co/05b4v7eSXg

Further, a Tamil magazine quotes the two as having grievances for the following reasons.

Karthick Naren
Bottomline - Wants Menon to fulfil pending salaries and take immediate steps so that Naragasooran, which is ready for censor can be released.
Gautham Menon
Final Word - Says he cannot release a film just because Karthick Naren is feeling bad. He plans to release it at a time when the movie will stick in theatres for atleast more than 10 days.
Also Read:
https://www.moviecrow.com/News/19701/following-naragasooran-gautham-menon-faces-heat-for-selvaraghavans-nenjam-marapathillai