The much-awaited Mani Ratnam's film, Kaatru Veliyidai had hit the screens last weekend along with 8 Thottakkal, which received positive reviews from the press show. Check out the box office ranking of Tamil movies in Chennai during last weekend.

In spite of the mixed reviews, Kaatru Veliyidai managed to take a good opening, thanks to the proficient names involved in the project. We will have to wait and see if the movie manages to brave the Tamil New Year storm.

Director KV Anand's Kavan held on to majority of its screens in the second weekend and the positive word of mouth ensured good occupancy levels across all centers. The movie has been declared as a 'Hit' by trade analysts.

Dora couldn't really get going at the box office in spite of the power-packed performance by Nayanthara. The movie had to settle in the 'Average' league.

Debutant director's 8 Thottakkal has been receiving rave reviews from the critics, but the movie released across limited screens with low occupancy levels. Last week's lesser known releases including Attu sank without a trace. 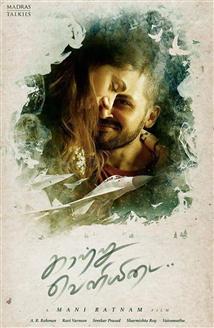