Sasikumar's latest offering Kidaari is just another routine revenge drama on surface. But debutant director Prasath Murugesan does have a lot of aces up his sleeve.

A murder attempt on a village bigshot and then the hunt for the culprit.

A few minutes into Kidaari and you realize that this is a product from an extremely confident and competent team. The visuals, BGM, acting and most importantly the ambience are top notch. You are pretty much into the film even before it has fully taken off. Everything is set up in the initial few minutes and this mood is kept admirably in check almost till the end. So when Sasikumar makes a heroic entry you do not scratch your head saying 'not again'. Darbuka Siva makes a smashing debut as a music composer. He is also instrumental in giving this film a whole new feel with his BGM that is very different from anything we have heard so far for these type of films

Prasath Murugesan has a strong comic sense. The segment involving O. A. K. Sundar and Nadodigal Gopal is a riot. There is laughter packed in amidst palpable tension. His casting is on the spot.Vela Ramamurthy is a literal terror on screen. Without much effort (atleast apparently) it is refreshing to see how this man can play the straightforward and innocent guy in Paayum Puli and the ruthless guy in other films.

There are no heroes in Kidaari. Almost everyone shown in the film is a sickle wielding human with only the motive being different. The film does not endorse its protagonist but there is a certain 'massy' glorification in the way Sasikumar is presented on screen though the things he does are not exactly heroic. Strictly viewed as cinema this is only a stylized presentation. But this is the sort of film that can be taken as a case study to see if such glorification does impact impressionable minds. Sasikumar does what he keeps doing in other films. He has definitely got himself into an image. The sort of image where the audience see him as a good guy irrespective of the body count that he piles up.That is the funny thing with respect to some of these films. Though might be completely unintentional, some of these films might unconsciously keep registering that sleeping around is a bigger sin than killing people with the way the character of the protagonist and others around him are designed.

Kidari is well made and adequately gripping. Had it reduced some violence and added more meat to the drama it would have scaled still greater heights. 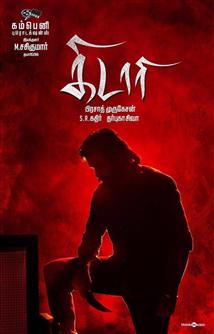