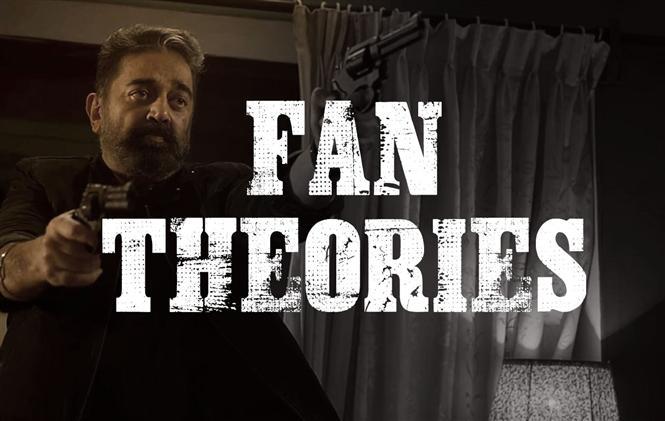 Lokesh Kanagaraj directed Vikram starring Kamal Haasan in the lead had an exciting trailer release last evening and ever since, fans theories have been on an overdrive. For starters, Kamal Haasan and his production house Raaj Kamal Films International had fans on the ledge with the movie's title which is a rehash of their 1986 hit.

Kamal Haasan having a son, appearing in flashback scenes as a de-aged version, Vijay Sethupathi playing the villain and Fahadh Faasil were details to look forward to. Director Lokesh Kanagaraj added the right fuel to this fire when he confirmed that Suriya will indeed be seen in a cameo, and now theories of a cinematic overlap (Kaithi, Vikram), Suriya in sequel (Vikram 2) among others have solidified more than ever.

Vikram releases in theaters on June 3, 2022 and is being presented by Udhayanidhi Stalin's Red Giant Movies. The movie has Anirudh for music.

What if #Vikram Is None other than our chief @Suriya_offl ! 😉 pic.twitter.com/HNDiukmsOZ

control of entire underworld drug gang and their mafia kingpin which could be all the three villains. It's very obvious that he will demolish the entire gang but in the way of doing it, some bad things will happen to Kamal Haasan and so there is a song called porkanda singam,

If my Guess is Crt.. #FahadFaasil is Not Villain in #Vikram.. He is second hero.. Only @VijaySethuOffl is Villain #VikramTrailer @Dir_Lokesh

If my guess is Right the child name will be #Vikram , Story Plot start with this child

in Trailer End Kamal Looks into car & Shouts Named Vikram ( May be He lost this baby !! #KamalHassan - #LokeshKanagaRaj pic.twitter.com/2lIDUKeSOA

I think this child name is #VIKRAM, son of @ikamalhaasan.Kamal Haasan is a Lonely guy who lost his wife in his flashback (de ageing tech), he talks those dialogues only to this Child. #Suriya comes as VSP's successor at the climax?

Kamal is Suriyaa's child in vikram where Fahad is Vjs's father while karthi is the adopted son of vjs who is directly related to deaged kamal.