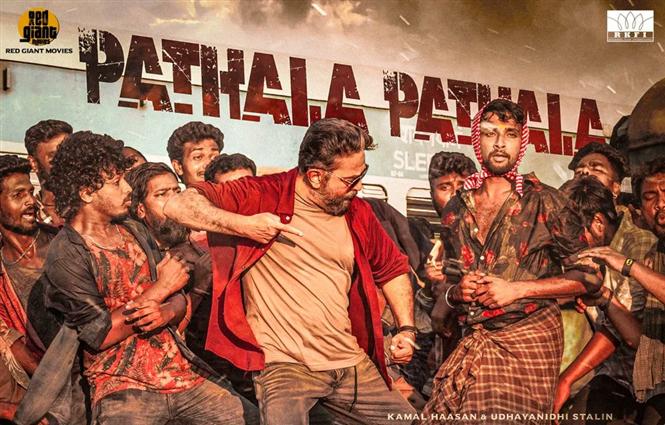 Kamal Haasan starrer Vikram is all the buzz right now with its first single release (composed by Anirudh) and actor Suriya's cameo in the movie. While Pathala Pathala has gone viral for its Chennai-slang lyrics and mass dance moves by Kamal, Suriya's guest appearance in the climax of Vikram has now been confirmed by sources close to the movie.

Directed by Lokesh Kanagaraj of Maanagaram (2017), Kaithi (2019) and Master (2021) fame, Vikram is a cop-thriller scheduled to release in theaters on June 3, 2022. The film's theatrical rights in Andhra Pradesh and Telengana states has been bagged for a whopping amount of Rs. 8.5 Cr.