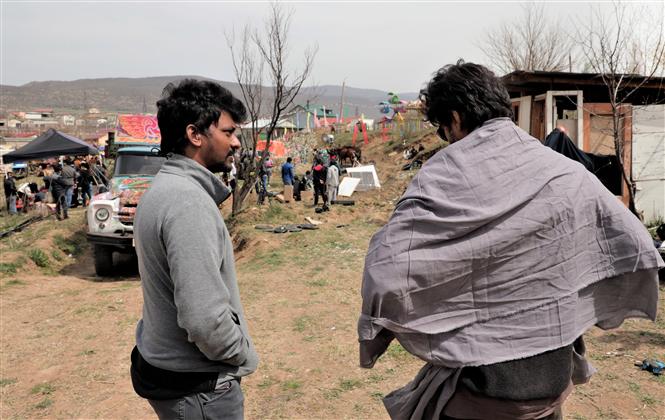 Only recently we had reported that Vijay and the team of his upcoming movie Beast are looking to fly to Georgia again to shoot a few climax fight scenes. Now reports are doing rounds that this Georgia schedule will involve scenes taking place in Kashmir and the Indo-Pak border.

Buzz is that Vijay plays an army officer protecting the border in Beast, and just like Nelson Dhilipkumar's previous film Doctor, the hero shifts base to Chennai from here. It is worth mentioning here that gold trafficking and Vijay rescuing a hostage situation in a mall, have also been revealed to be part of Beast's plot.

Also starring Pooja Hegde, Selvaraghavan, Shine Tom Chacko among others, Beast produced by Sun Pictures has Anirudh for music and is expected to be wrapped post the Georgia schedule.