What is really going on at Vijay Makkal Iyakkam - All You need to know! 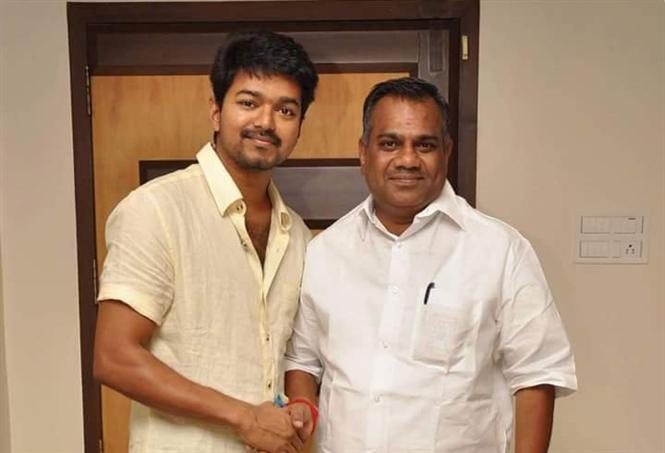 Actor Vijay has been hogging the headlines these last two days for 1) allowing members of his Vijay Makkal Iyakkam to use his name, photos while contesting in the Tamil Nadu local body elections 2) Taking his mother Shoba and father SA Chandrashekar to court for doing the same.

It is no secret that Vijay has been at logger heads with his father SA Chandrasekar after the latter wanted to convert Vijay Makkal Iyakkam into a political party. Last year Vijay publicly warned his father of legal consequences after SAC almost registered the fan club with the election commission. Vijay's mother Shoba had distanced herself from the father-son war and clearly wanted no part in any of the chaos that was going on.

When the dust had settled back then, SAC had blamed one Bussy Anand for the divide between him and his son. He had said, "I appointed Bussy Anand to supervise the members of Vijay Makkal Iyakkam. Now, real fans are not the head of various districts. Only, people who are close to Bussy Anand are decorating the top posts..Vijay believes in online politics and the things that appear on Twitter..Very soon, Vijay will understand the truth"

Less than a year later, another family war is on the brink of erupting. On one hand 200+ members of the Vijay Makkal Iyakkam who are close to Bussy Anand have been given a go ahead to contest in the Tamil Nadu local body elections. Vijay Makkal Iyakkam is not directly participating but these members have been allowed to use Vijay's popularity in their campaign.

On the other hand, fan-club members who are on the side of SAC have been denied permission to use Vijay's name for meetings or political activities. Vijay has gone as far as seeking a legal ban on such former executives, including his father SA Chandrasekhar, mother Shobha and Vijay's cousin Padmanabhan for holding meetings using his name.

The Madras High Court has adjourned the court hearing to September 27, 2021 (Monday).